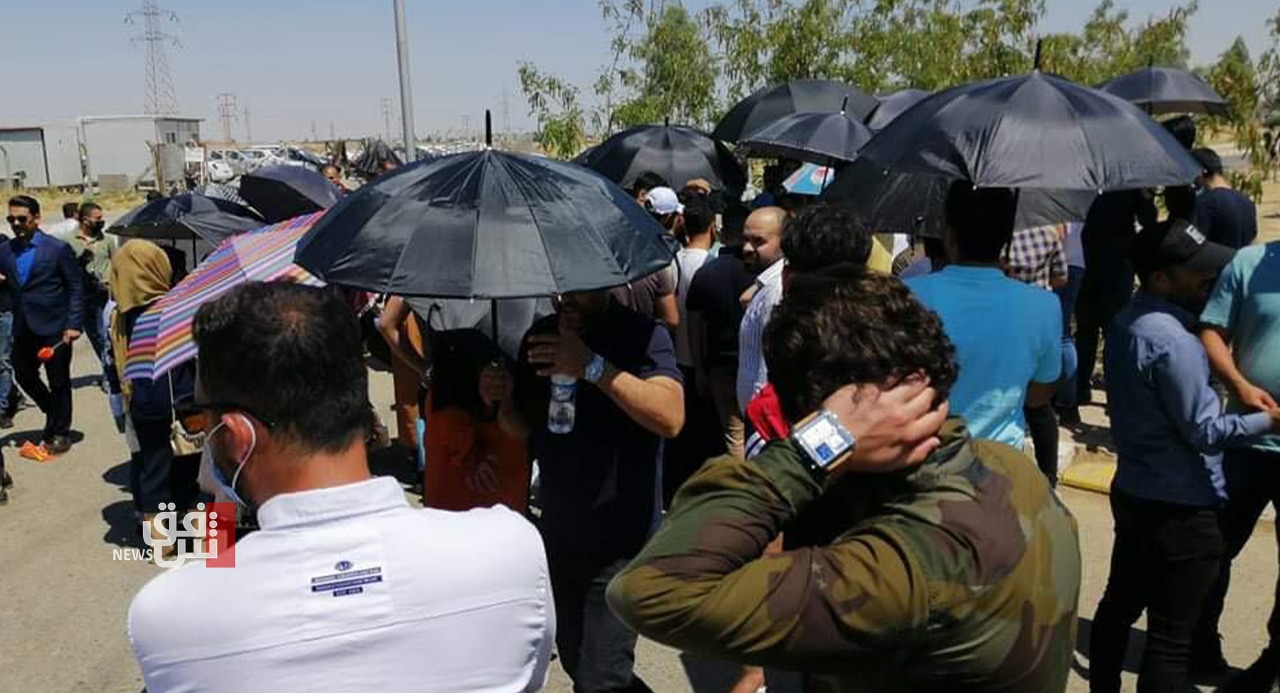 Ali Kirkukli, one of the demonstrators, told Shafaq News agency that this is the 11th time that the graduates demonstrate in front of the North Oil Company headquarters to demand jobs.

He added that the demonstrators are graduates of the Petroleum Institute, and have received repeated promises, but "company officials do not fulfill their promises."

"We worked hard and stayed up late to succeed and obtain our degree, which has become worthless in this country", he concluded.