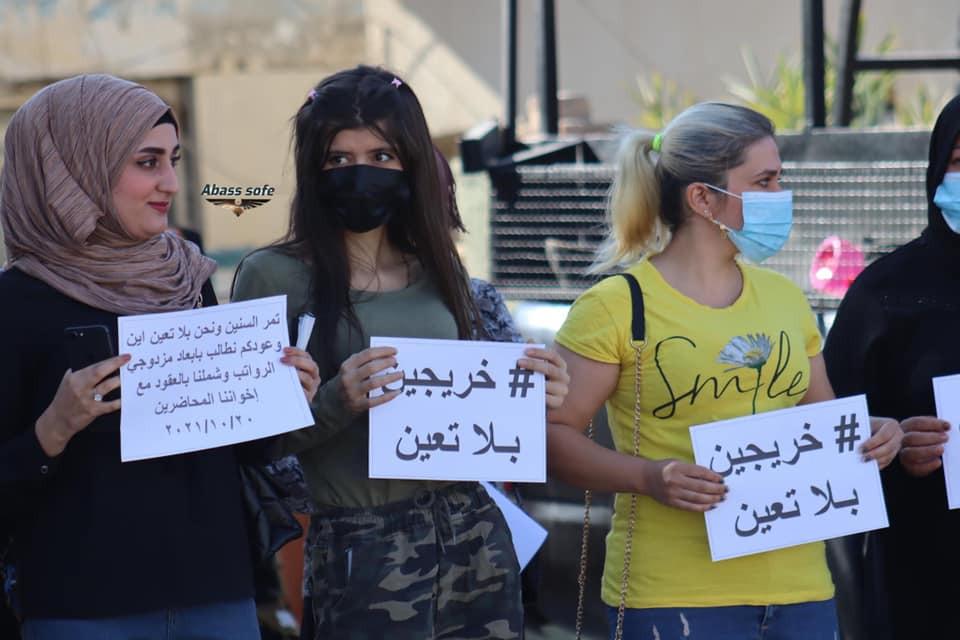 Shafaq News Agency correspondent reported that the demonstrators gathered in front of the Khanaqin Education Directorate building, demanding to be included in appointment contracts.

Our reporter confirmed that the director of Khanaqin Education department received the education graduates' demands and will refer them to the Ministry of Education, while the graduates of other colleges demanded the Council of Ministers to intervene and include them in appointment contracts.

Explosion near the Khanaqin district office