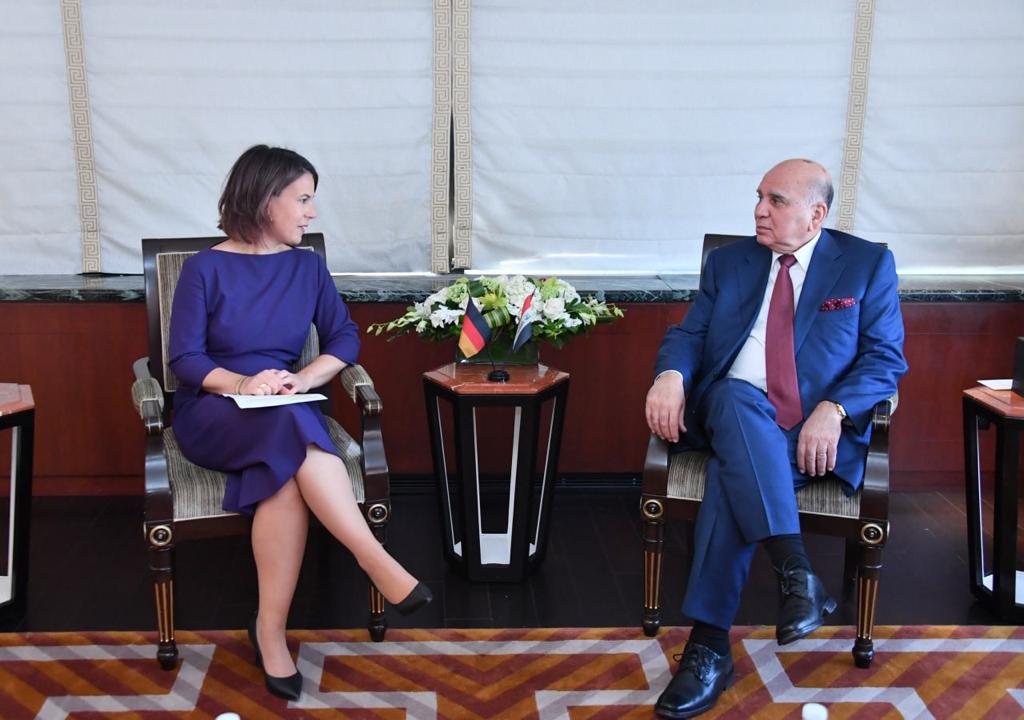 Hussein thanked Germany for "standing by Iraq, supporting us in our battle against ISIS, and providing humanitarian aid and logistical support to the security forces."

Addressing Germany, the Iraqi Ministry said that Baghdad still "needs your support, and benefit from your experience," especially in reconstructing and economy.

"We hope to cooperate in economic, trade and energy, climate change, security, and intelligence coordination, especially in the war against terrorism."

In turn, the German Foreign Minister stressed the importance of developing relations with Iraq in all fields, adding that Berlin is committed to supporting Iraq at all levels.

Al-Kadhimi: we are looking forward to build a true partnership with Germany

Germany reiterates its support to Iraq against the currents challenges

Trade war with China could cost Germany six times as much as Brexit, study says