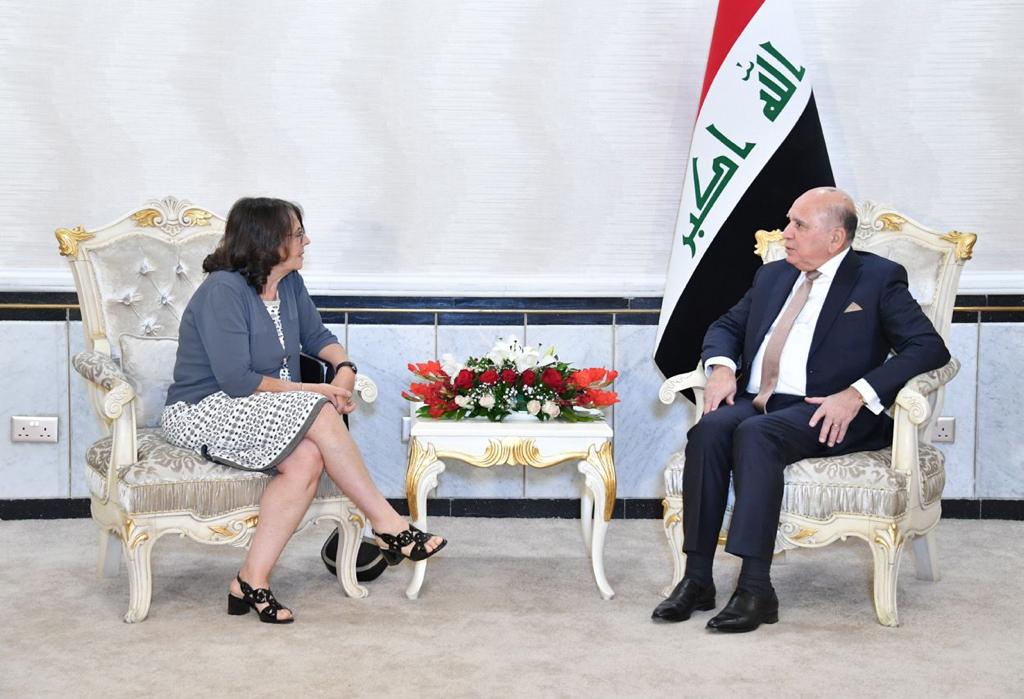 A readout issued by the foreign affairs ministry said that Hussein discussed with his guest the bilateral ties between Baghdad and Rome and ways to bolster cooperation prospects between the two countries.

The two diplomats exchanged views on the developments in the regional and international arena, and the repercussions of the Russian-Ukrainian war on the world's food and energy security.

Sereni handed Hussein a letter from his Italian counterpart in which he reiterated his country's support for democracy in Iraq and commitment to the bilateral ties between the two nations.

Hussein calls for ending the humanitarian crisis in Ukraine