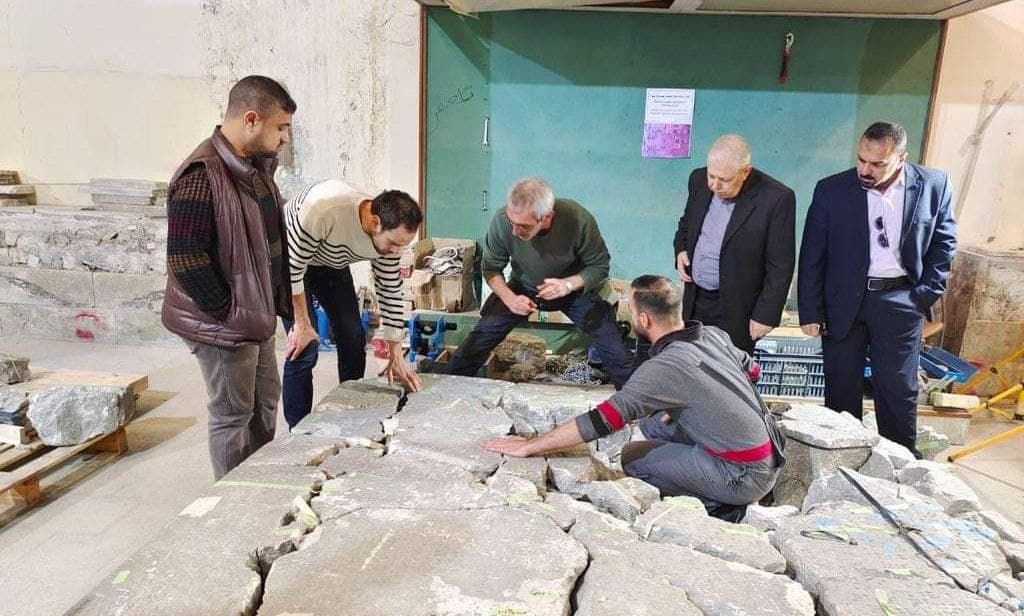 Shafaq News/ The Director of Mosul Cultural Museum, Zaid Saadallah, announced that a French mission has arrived in Iraq to restore one of the most prominent and famous thrones of the Assyrian kings, destroyed by ISIS.

Saadallah said in a statement that experts from the Louvre Museum, who are in charge of restoring the artifacts that were destroyed by ISIS terrorist gangs, arrived in the Nineveh to begin their work.

He pointed out that the French team commended the "remarkable" progress and effort exerted by the Museum staff to maintain and restore the destroyed artifacts.

Saadallah stressed the importance of resuming work with the French team and starting the third step, which is the process of restoring the throne of the Assyrian king, Ashurnasirpal II, after sorting and assembling the artifacts.

It is noteworthy that the Assyrian king Ashurnasirpal II is one of the most prominent Assyrian kings, and his name varies according to translations and different languages.

King Ashurnasirpal's palace was built in 879 BC in Kalu, north of Baghdad. The walls of the palace are decorated with alabaster reliefs depicting the king and a fictional winged being, as well as writings that show his descendants from three previous generations, his war victories, and his empire's frontiers.