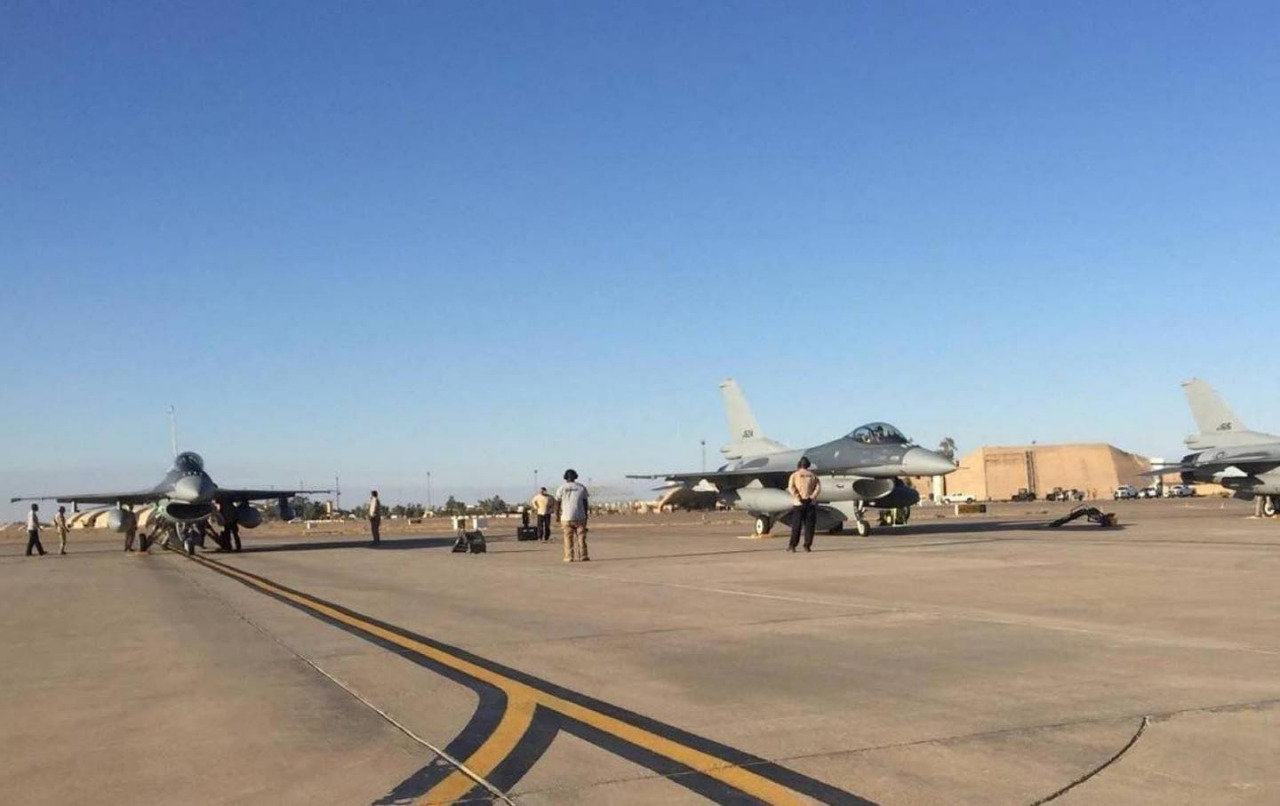 The Cell pledged to hold those "terrorist criminal gangs" accountable.

A source told Shafaq News Agency that the rockets were launched from villages on the banks of the Tigris River of Khalis district and landed in the northern part of Balad Base.

The Cell said the rockets landed in open areas in the Base.

According to our source, the rockets targeted the headquarters of the US company, "Sallyport," which houses foreign contractors affiliated with Lockheed Martin (American aerospace, arms, defense, information security, and technology corporation company)."

The attack caused only material damage.

Balad Air Base is an Iraqi Air Force base located about 64 kilometers north of Baghdad; it houses foreign contractors who train the Iraqi forces and provide consultancy.

The Base contains F-16 fighter jets.

Last January, the Iraqi forces thwarted an attack by three drones on the Airbase.

According to the Security Media Cell, three drones approached the southern part of the Balad Air Base, some 90 km north of Baghdad, prompting the Iraqi forces to open fire on the drones and forcing them to flee the scene.