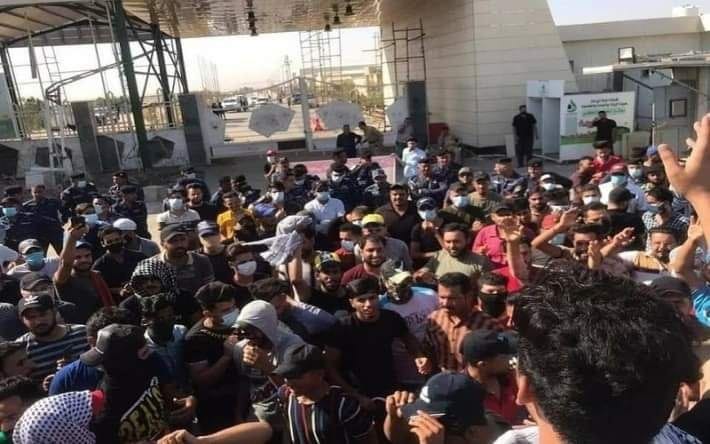 Shafaq News/ Law enforcement forces arrested a group of protesters who partook in the picket organized at the main gate of the Dhi Qar Oil Company in South Iraq earlier today, Monday.

A source told Shafaq News Agency that Riot Police apprehended four protestors who were caught burning tires at the road leading to the company's establishment.

"The arrestees, who belong to al-Sahlan/al-Khamisat tribe, were driven by the security forces to a detention center, pending legal proceeding filed by the company," the source said.

In the same context, members of al-Sahlan tribe staged a demonstration near the Dhi Qar Company headquarters to demand releasing their relatives. The law enforcement forces in charge of the company's security are holding talks with the demonstrators, the source reported.

Dhi Qar Syndicate of Teachers: the Demonstrators did not storm our headquarters