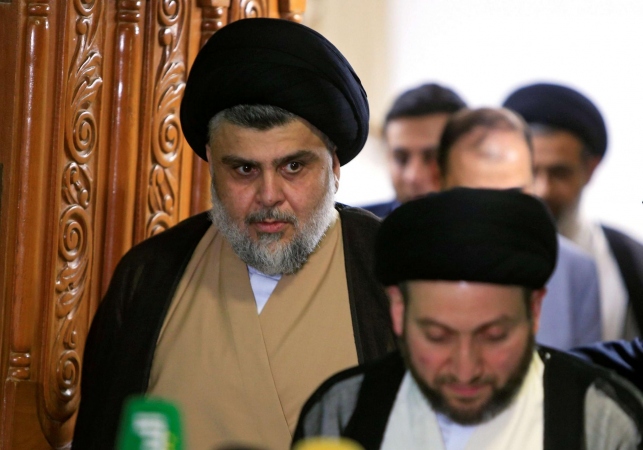 Shafaq News/ On Saturday, the Wisdom (Al-Hikma) Movement, led by Ammar al-Hakim, on the possibility of forming the new Iraqi government, according to the conditions of the leader of the Sadrist Movement, Muqtada al-Sadr.

The leader in Movement, Rahim Al-Aboudi, told Shafaq News Agency, " frankly, proceeding with what Al-Sadr proposed about forming a majority government is very unlikely,  especially since the proposal is not at the suitable time."

He added, "The current situation is critical, and Iraq is going through many repercussions, including security, political and economic ones, and it is not possible to agree on forming the next government based on the majority, and for this al-Sadr proposal is not possible."

Earlier, the Sadrist Movement accused the political blocs that lost in the recent parliamentary elections of "making crises."

Member of the Movement, Issam Hussein, told Shafaq News Agency, "The losing political blocs are creating crises to reach a political settlement that contributes to secure their entry into the government or going to a consensual government."

The Official said he is surprised by the insistence on forming a consensual government, which led to this corruption."

"Why this insistence on quotas and choosing a weak prime minister?" he asked.

Hussein stressed, "The Sadrist Movement is heading to a majority government only,…If they are ready to accept this government, we have no objection, and if they are not ready, let them go to the opposition."

Concerning the issue of choosing the prime minister exclusively from the Sadrist movement, Hussein stressed, "this option is to be discussed, but for sure, we want a government based on the majority."

He pointed out that "the head of the Wisdom Movement, Ammar al-Hakim, former Prime Minister Nuri al-Maliki, and the Shiite Coordination Framework wish to go to the past according to political consensus, which failed miserably."

Iraqi MoH: a total curfew might be imposed at any moment