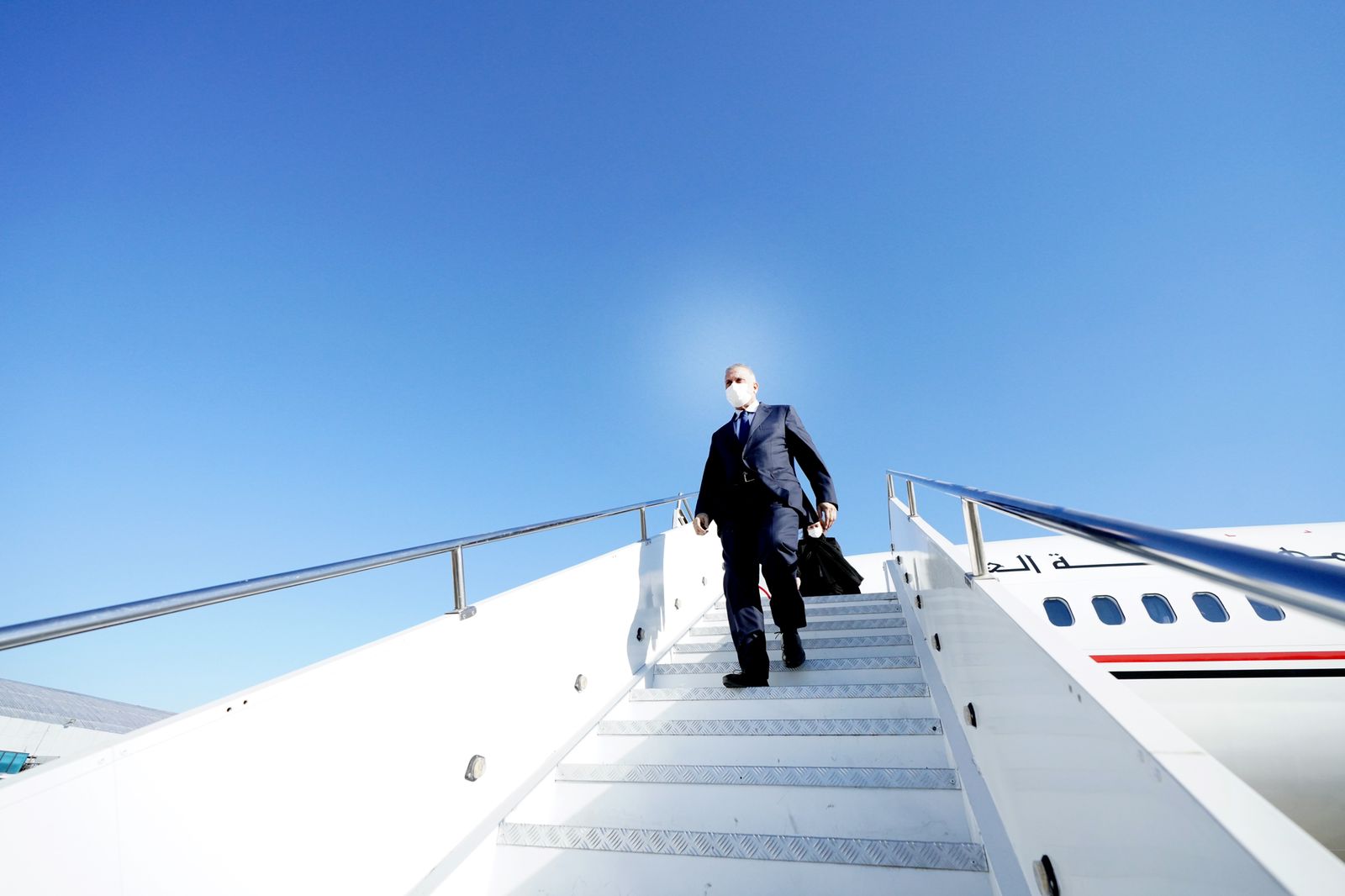 Shafaq News/ The Iraqi Prime Minister Mustafa al-Kadhimi is expected to land in Najaf in a few hours, an informed government source revealed.

Al-Kadhimi's anticipated visit will be the second in less than a week after the December 6 visit, during which he held the cabinet meeting in the governorate.

The source told Shafaq News Agency, "al-Kadhimi will be flanked by a ministerial delegation to resume the tour his recent tour on the services projects."

"The visit aims to gain first-hand insight into the needs of the governorate to complete the services projects," the source said.

Iraq’s Prime Minister confirms the US withdrawal from Iraq

Iraq's Prime Minister presents his government's achievements: we have the best relations with Kurdistan