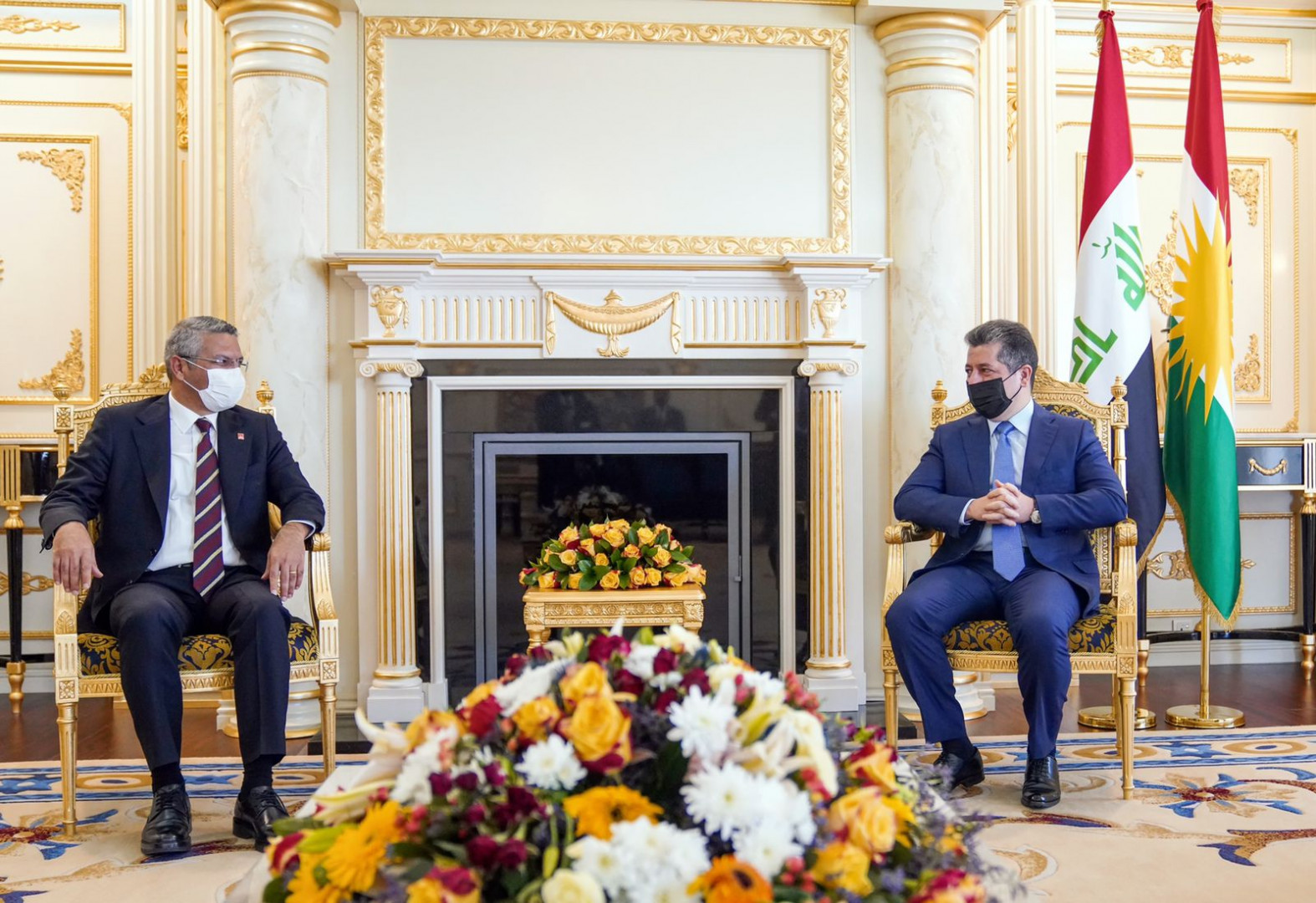 Shafaq News/ A delegation from Turkey's Republican People's Party (CHP), headed by the deputy chair Oguz Kaan Salici, visited on Sunday the Prime Minister of the Kurdistan Region, Masrour Barzani, in the capital of the region, Erbil.

CHP's delegation visit to the region is the first of its kind to Turkey's oldest political party.

According to a readout issued by his office, PM Barzani explored with his guests ways to bolster the ties between Turkey and the Kurdistan Region.

The deputy chair of the Turkish party conveyed the party's top leader, Kemal Kilicdaroglu, greetings to the Prime Minister, Expressing content with the visit of a high-profile CHP delegation to the Kurdistan Region for the first time.

Salici said, "our goal in this visit is to strengthen the ties between the Kurdistan Region and Turkey, and present CHP's opinion on issues of mutual interest."

"Turkey is a neighbor and a crucial country in the territory and the world," PM Barzani said, "Kurdistan is a stabilizing factor in the territory. It aims to establish the best relations with Turkey that nests multiple ethnicities, religions, and communities on its soil."