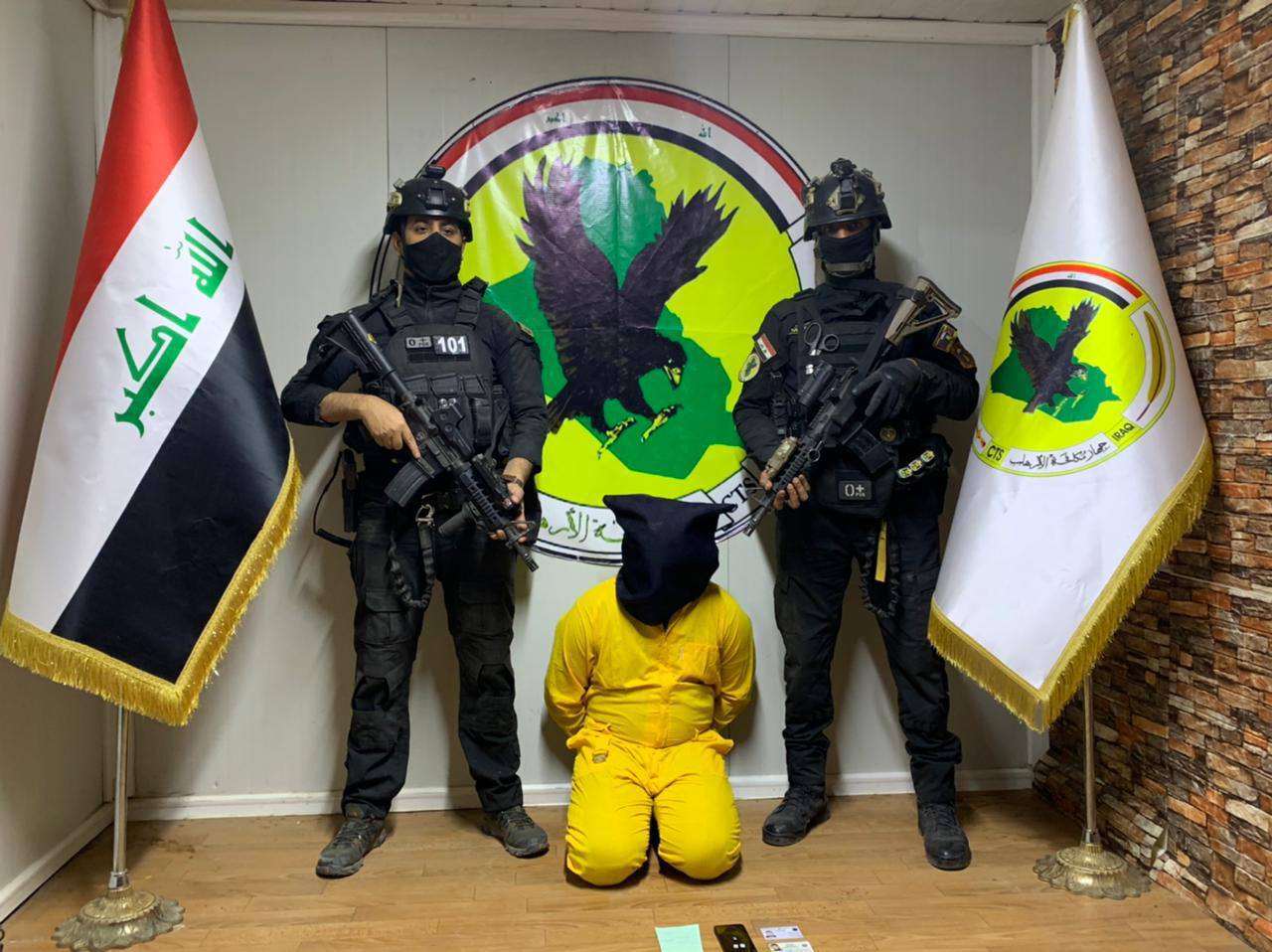 Shafaq News / The spokesman for the Commander-in-Chief of the Armed Forces, Major General Yahya Rasool, announced on Friday arresting five terrorists in Baghdad, al-Anbar, and Kirkuk.

In a statement, Rasool said that the Counter-Terrorism service arrested a terrorist in al-Tarmiyah, north of the capital. At the same time, another mission was carried out northeast of Fallujah, during which two ISIS remnants were arrested.

"A terrorist was arrested in a residential neighborhood in Kirkuk", Rasool added.

Additionally, an ISIS terrorist was arrested in al-Karkh, west of the capital.