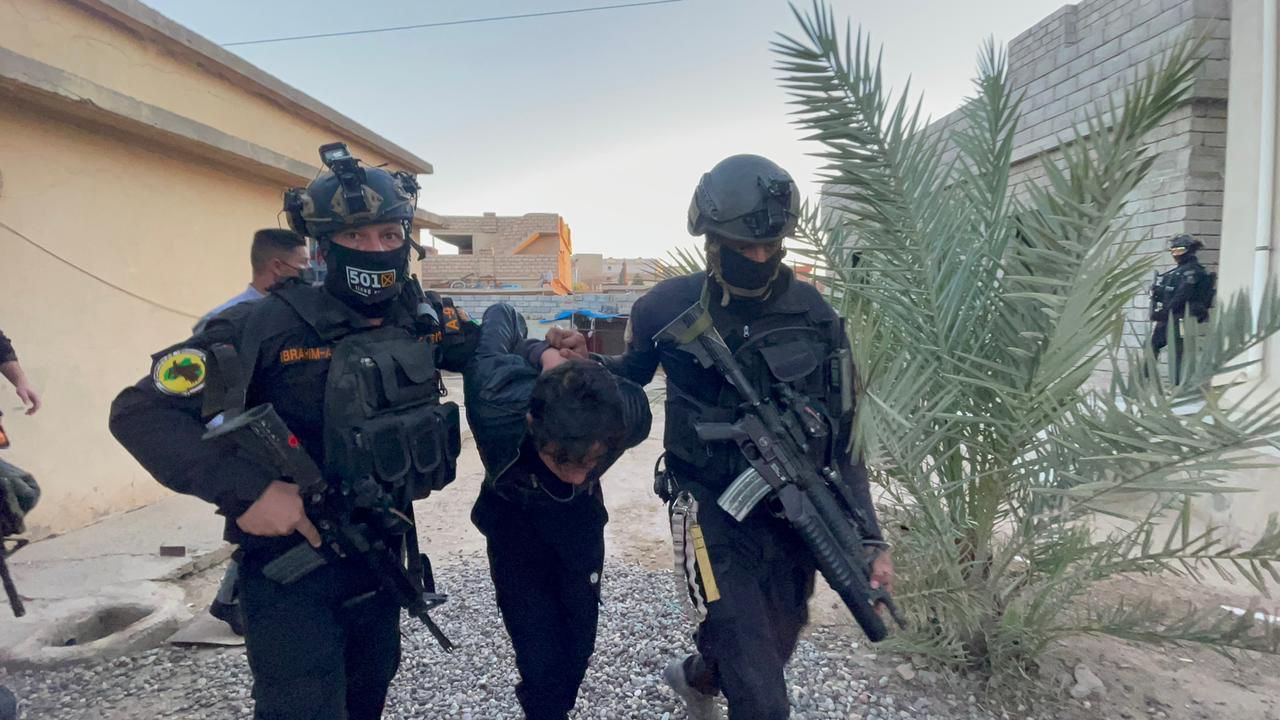 Shafaq News / The spokesman of the Commander in chief of the armed forces, Maj. Gen Yahya Rasool, announced that five terrorists were arrested in Baghdad, Saladin, Nineveh, and Erbil.

Rasool said in a statement that the special operations unit launched the second military campaign north of Baghdad, in Tarmiyah district, where the first terrorist was caught.

Two terrorists were arrested in Saladin and Nineveh, in cooperation with the Iraqi National Security agency.

The Iraqi Counter-Terrorism forces managed to arrest the last two terrorists in cooperation with the counter-terrorism directorate in Erbil.

The rockets that targeted Erbil were not launched from Nineveh, an official confirms

KRSC dismantles a dangerous ISIS cell in the region