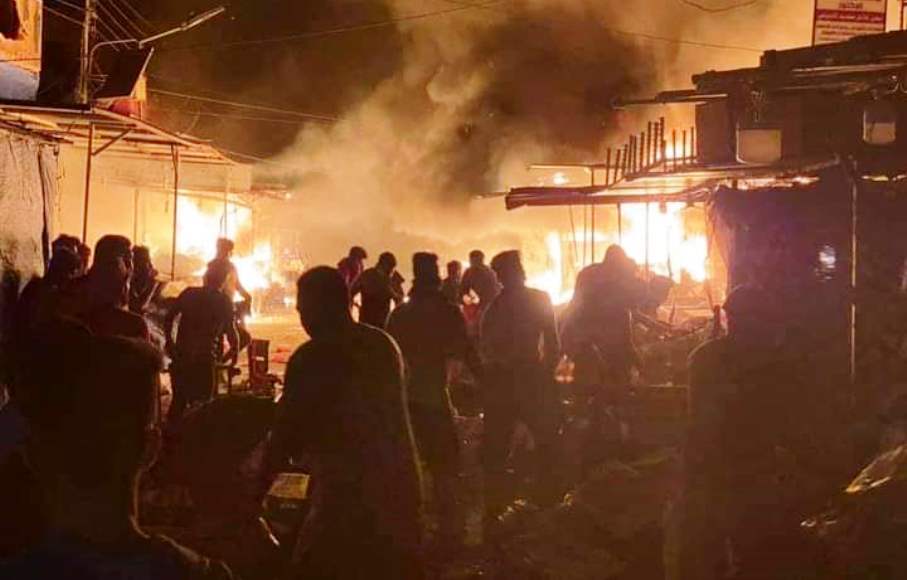 Shafaq News / A local source in Saladin reported today that a large fire broke out in a building and several shops in Tikrit, the center of the Governorate.

The source informed Shafaq News Agency that the fire destroyed shops, buildings and kiosks, adding that the firefighting teams extinguished the fire after arriving late.

It pointed out that the security authorities have opened an investigation to uncover the causes of the fire, adding that it is more likely that a short circuit caused the fire.