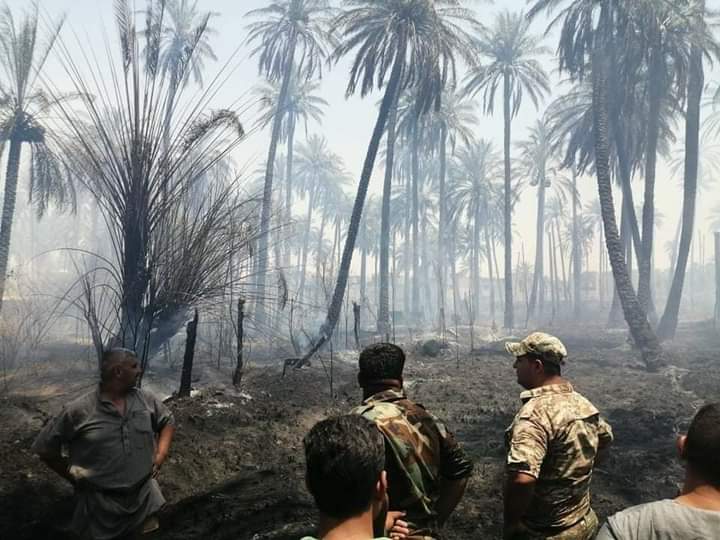 Shafaq News/ A local official in Diyala reported that fire destroyed more than six dunums of orchards in Buhriz district, south of Baquba.

The director of Buhrz district, Nizar al-Lahibi, told Shafaq News agency that the fire was due to high temperatures, and the density of the bush, which is prone to burning at any moment.

Al-Lahibi pointed out that the firefighting teams completely extinguished the fire.

Fire broke out inside a hospital in South Iraq