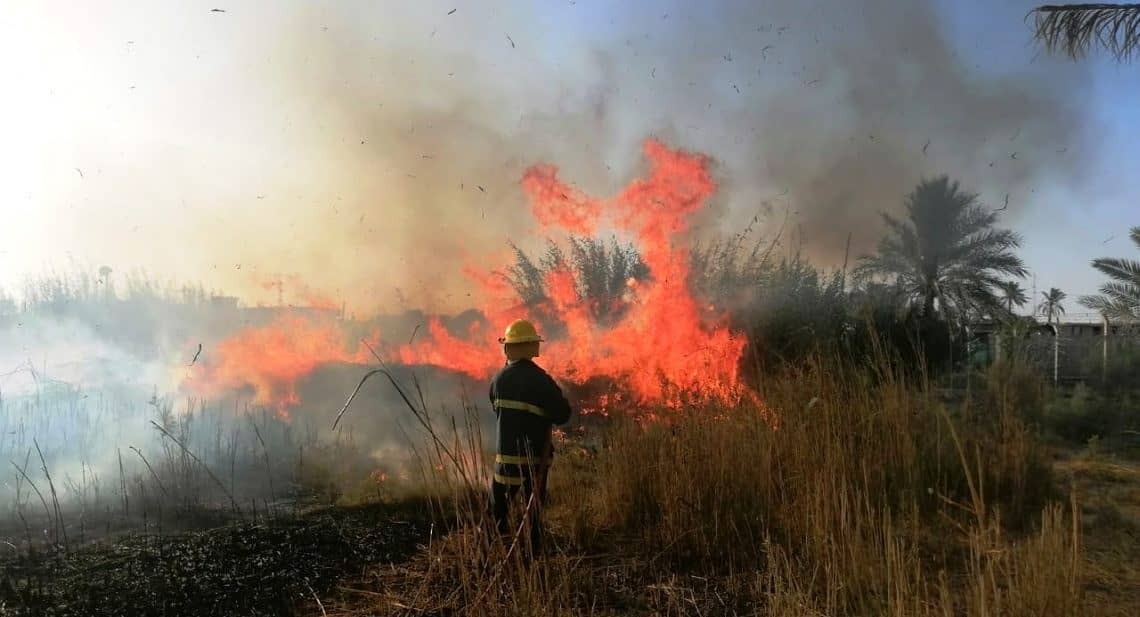 Shafaq News/ A government official in Diyala reported that blazes had engulfed more than 75 dunums of orchards in al-Wajihiyah district, northeast of the governorate.

The director of the district, Hatem Abdel-Tamimi, told Shafaq News Agency that the fires that broke out yesterday resurged today because they were not extinguished properly earlier, noting that the efforts are ongoing to put out the flames and prevent their expansion.

He added that the cause of the fire is still unknown, indicating that drought renders the area susceptible to fire.