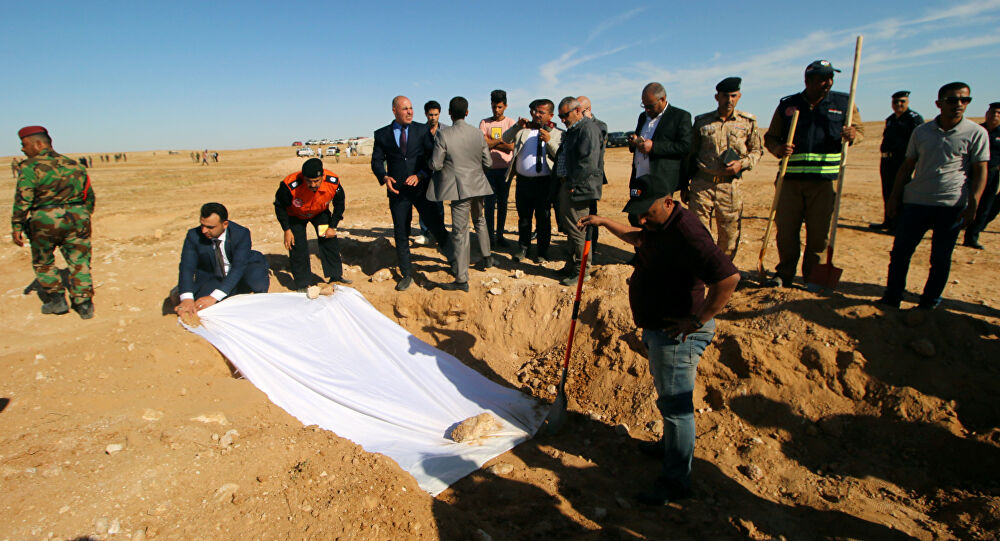 Shafaq News / On Saturday, a security source said that remains of 7 people had been found in south of the capital, Baghdad.

The source told Shafaq News agency that a security force found the remains of (bones and 7 skulls) of unknown persons buried inside the power plant in the Yusufiya area, south of Baghdad.

In 2006-2008, Yusufiya witnessed sectarian violence that left many people dead.

An explosion targets a military vehicle north of Baghdad