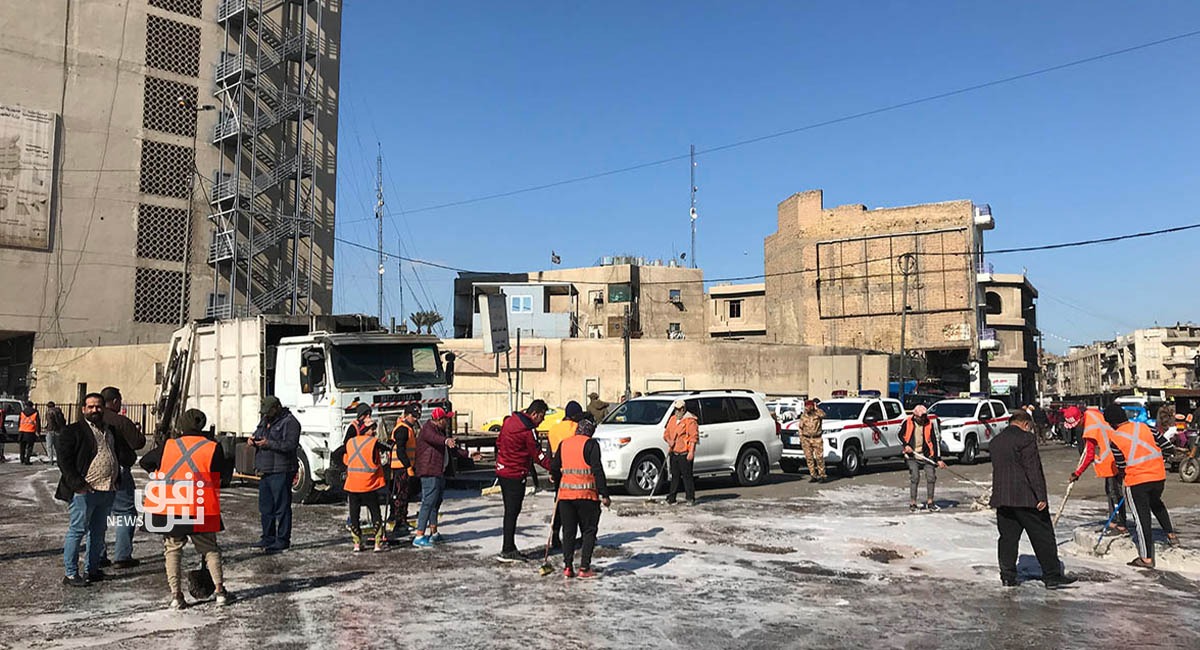 Shafaq News / Arab and European ambassadors condemned, on Thursday, the explosions that killed and injured more than 100 civilians in Tayaran Square in Bab Al-Sharqi, the center of the capital, Baghdad.

The Iranian embassy in Iraq condemned offered in a statement, according to IRNA News Agency, its "sympathy to the families of the victims, wishing a speedy recovery for the injured."

The embassy renewed "Iran's positions, which always support the Iraqi government and people, and readiness to provide all possible assistance."

"Hope the Iraqi security authorities will be able to arrest the perpetrators crimes as soon as possible."

For his part, the Arab parliament chairman Adel bin Abdul Rahman Al-Asoumi, condemned the attacks saying, "These terrorist acts will not harm the efforts of the Iraqi government and the will of the Iraqi people to impose security and stability.”

The President of the Arab Parliament expressed "the Arab Parliament solidarity with the Republic of Iraq in its war against terrorism", expressing his sincere condolences to the Iraqi president, parliament, government and people wishing a speedy recovery for the injured. "

In addition, the European Union ambassador to Iraq, Martin Huth, said in a tweet, " Horrified to hear about today’s suicide bombing at Al-Tayaran Square in #Baghdad. Our thoughts are with the families of the victims. I condemn the resurgence of such repugnant attacks against Iraq and Iraqis in the strongest terms."

In turn, Canadian Ambassador to Baghdad Ulric Shannon said, "I received the news of the terrorist attack in Bab Al-Sharqi with sadness. I strongly condemn this incident and wish a speedy recovery for the wounded, mercy and forgiveness for the martyrs."