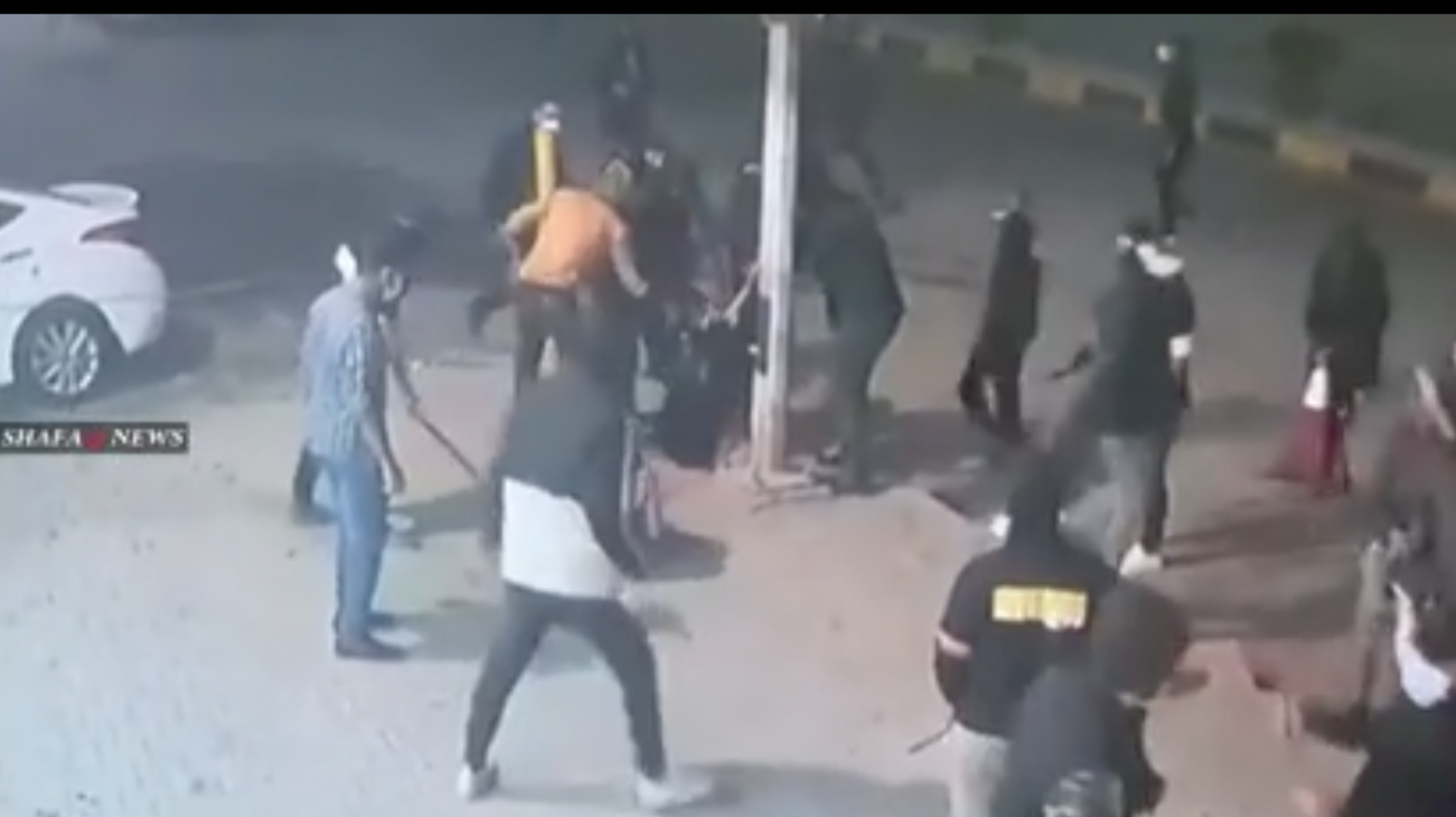 Shafaq News/ Shafaq News Agency received exclusive footage that appear to show a group calling itself "Raballah" beating two women in front of a massage center in the capital Baghdad.

The mask-covered faces blocked the main road in Karrada region, Baghdad, and beat the women by swinging batons.

The incident which first appeared on social media in footage by the Raballah Group attracted millions viewers.

Raballah is a newly formed group; it’s appeared to be pro-Iranian but Iran never claims that.

It was famous for publishing news of the attacks launched by unidentified persons on the US-led coalition supplies convoys and even published some events before they happened.