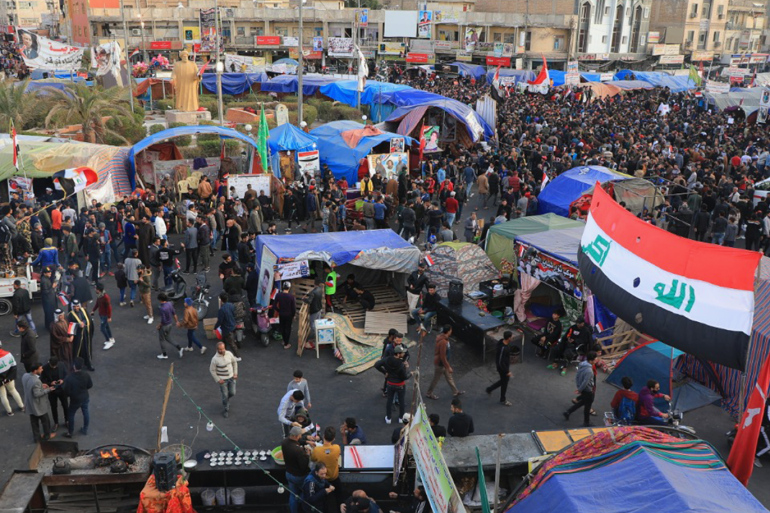 Shafaq News/ A blast from an explosive device reportedly took place near the residence of a civilian activist in Dhi Qar earlier today, Monday.

A source told Shafaq News Agency that the house of Ibrahim Kased, a civilian activist residing in al-Shuhada Neighborhood in Nasiriyah, was attacked by a bomb.

The attack resulted in material damages only, according to the source.

Another source reported a similar incident in the same neighborhood in the Nasiriyah downtown.

The source said that an explosion from an improvised device damaged the house of a fellow citizen known as "Hannoush" without causing human casualties.

Elsewhere, dozens of unemployed graduates in Dhi Qar organized a picket at the Governorate's oil company to demand jobs.

The demonstrators, according to our correspondent, used burning tires to block the entrances of the company's establishment.