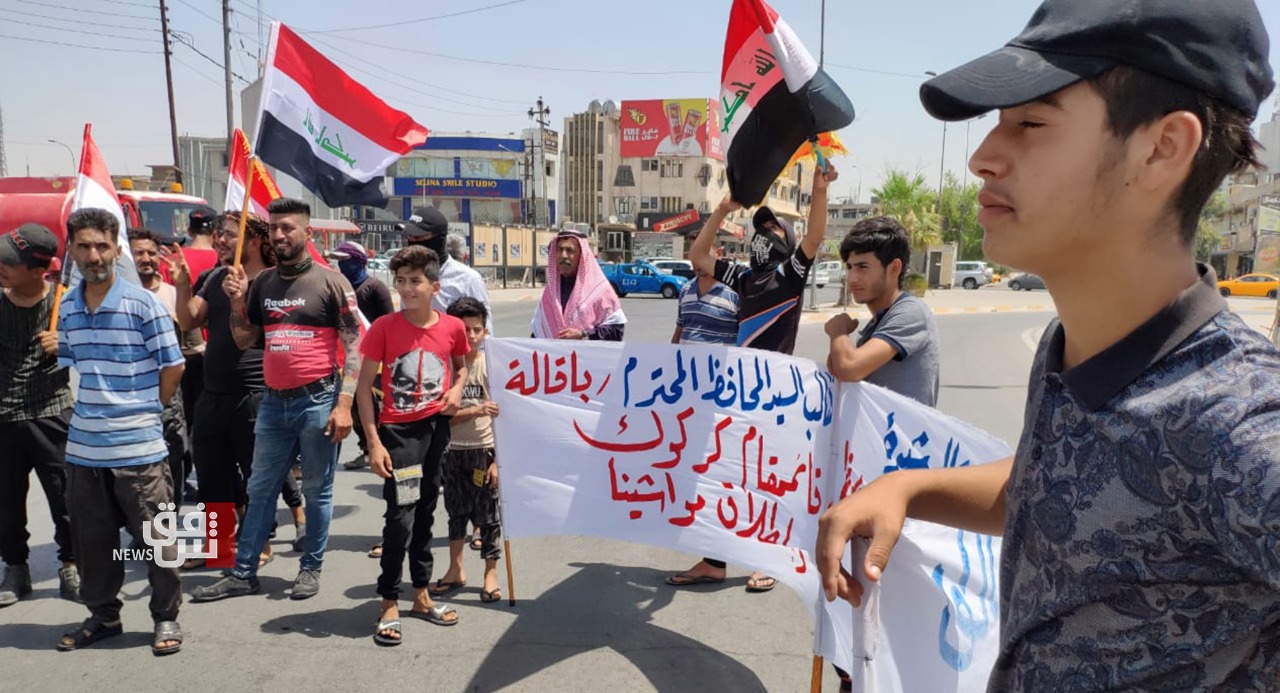 Shafaq News/ Dozens of freshly graduated engineers organized on Sunday a demonstration near the Governorate's gate in Kirkuk.

Shafaq News Agency correspondent said that the demonstrators demanded annulling the undertakings they signed last summer in the North Oil Company, calling on Baghdad to do justice for the engineers subjected to estrangement and marginalization.

Our correspondent quoted the demonstrators, "the North Oil Company referred more than 5000 engineers to pensions according to the new law approved by the Iraqi government."