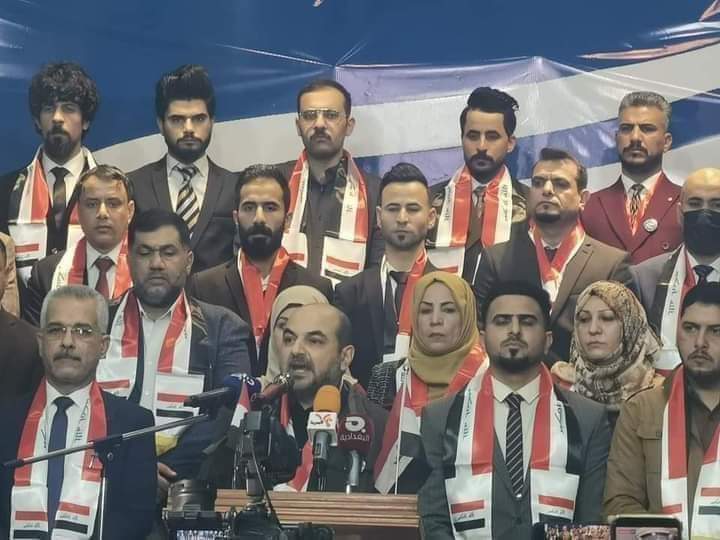 Shafaq News/ The Secretary-General of "Emtidad" movement, Alaa al-Rikabi, refuted the emerging reports about allying with the leaders of "Iraqiun", Ammar al-Hakim, the State of Law, Haidar al-Abadi, the National Congress Party, Aras Habib el-Fayli, for the upcoming elections scheduled for October 10 later this year.

Social media users shared a picture showing al-Rikabi posing with the aforementioned leaders as an electoral poster for their alliance.

Al-Rikabi said in a statement to Shafaq News, "There is no formal or informal communication, deliberations, alliances, discussions, negotiations, or understandings, direct or indirect, overt or covert, with these bodies in the image or with other parties in power."

"There will be no alliances with them in the future for any reason or condition because this is a firm foundation for the movement."

"The picture is a collage. We did not meet in one place," he added.

Al-Hakim and al-Abadi did not attend Sunday's meeting; Al-Maliki splits the parties contesting the poll results