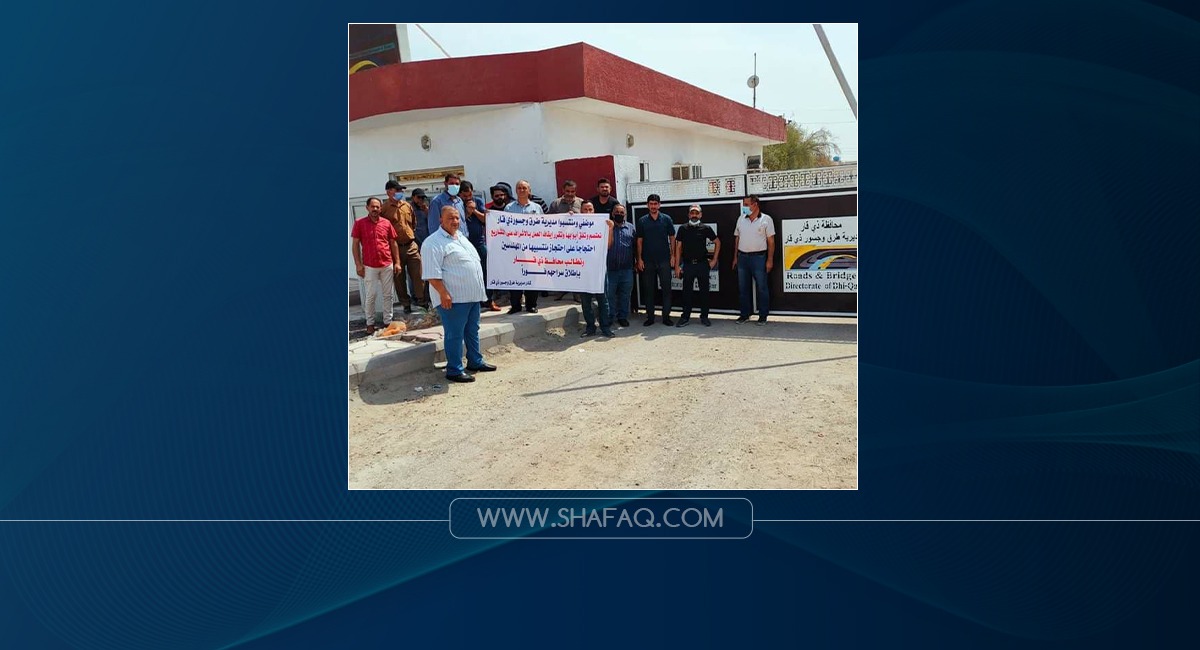 Shafaq News/ A group of employees in Dhi Qar's Roads and Bridges Directorate organized a demonstration to demand releasing the director, Adel Abdul Amir, who has been in custody for charges related to corruption.

Shafaq News Agency reporter said that the employees gathered near the Directorate's headquarters calling on the Governor, Ahmed al-Khafaji, to release the detained director and engineers in charge of the concrete Bridge construction in Nasiriyah downtown.

"The demonstrators will close the headquarters of the Directorate and cease to engage any tasks related to its projects until meeting their demands," our reporter said.