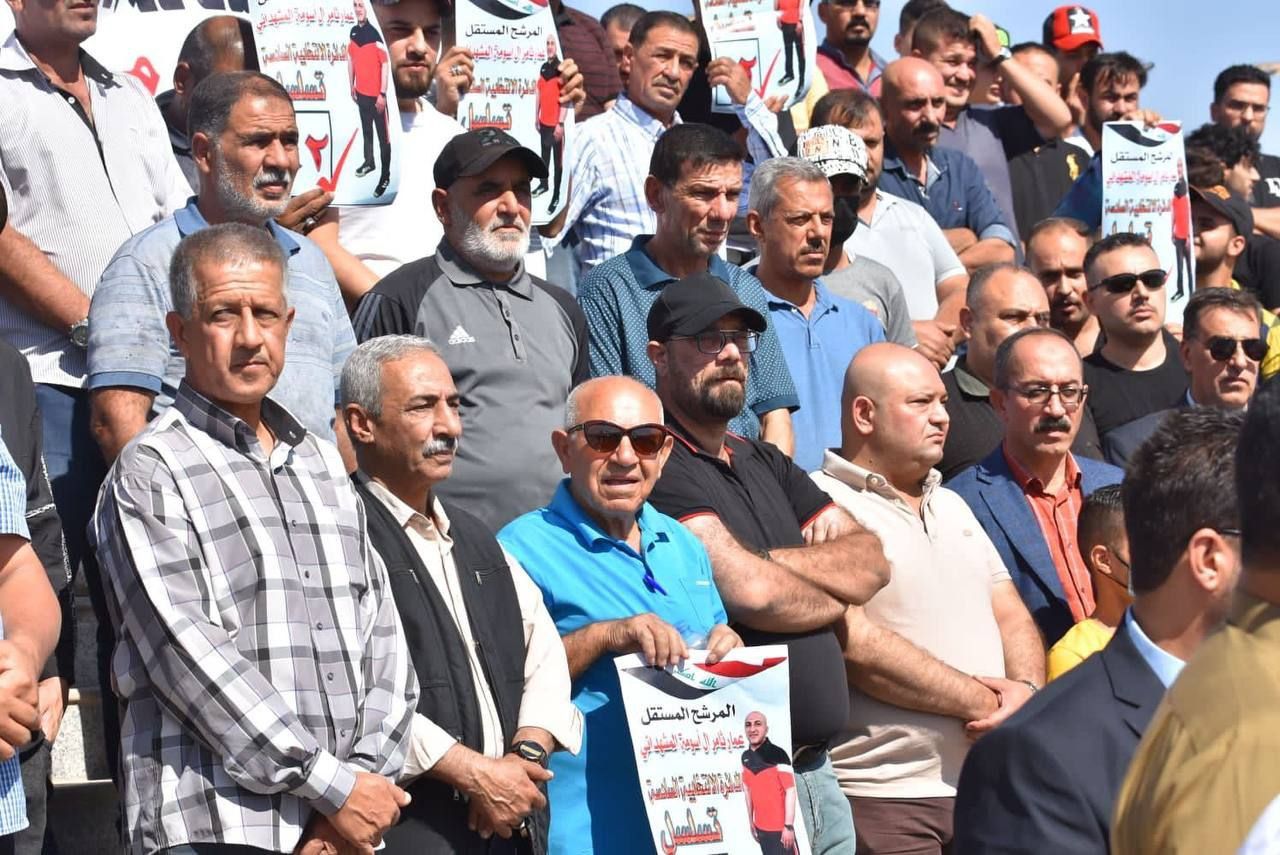 Shafaq News/ Dozens of demonstrators stormed the streets north of Baghdad and south of the country, protesting the election results announced by IHEC yesterday.

Sources told Shafaq News Agency that the demonstrators are supporters of the Shiite blocs that lost in the elections, noting that they blocked the highway linking Baghdad with the northern governorates.

The sources added that demonstrators in Wasit also blocked a road with burning tires north of Kut city.

In BasraWasit , protesters blocked public roads in the center of the governorate, sources reported.

For his part, Hossam Al-Amri, an activist and coordinator of the protests, told Shafaq News Agency, "The protests will continue and may turn into peaceful sit-ins that will not end until our demands for a recount in all stations, or even holding new elections, are achieved.

The General Authority of the Wisdom Movement -led by Ammar al-Hakim- confirmed earlier today that Shiite blocs' supporters will launch demonstrations in Baghdad to demand the government to refuse the election results.

The Coordination of the Armed Factions threatened to resort to violence if any of the demonstrators gets hurt.