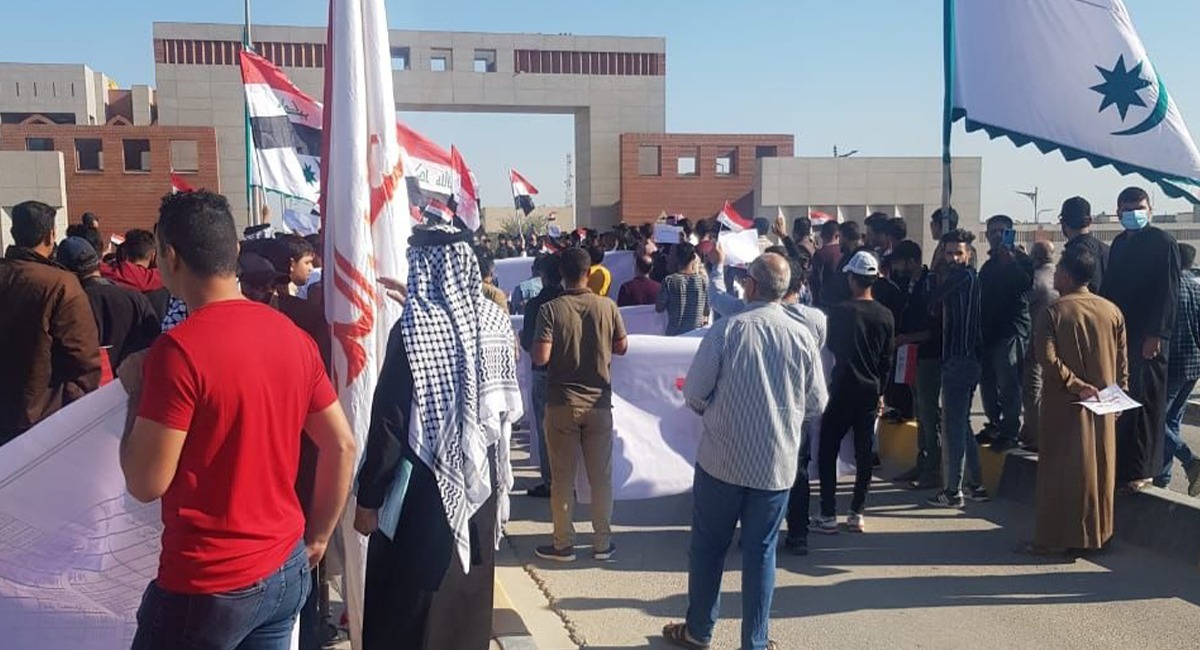 Shafaq News/ On Wednesday, dozens of people protested in front of the Basra Court of Appeal, refusing to "confiscate" their electoral votes.

Shafaq News Agency correspondent said that people organized a protest in front of the Basra Court of Appeal to express their rejection to replace independent candidates with others affiliated to political forces.

On Sunday, tens of people protested near Babel Court against the decision of the Judicial Commission for Elections, which expelled the independent candidate, Amir Kamel Al-Maamouri, in favor of Sadek Madloul of the state forces Coalition.

The demonstrators considered the judiciary's decision a "compliment" to the political parties that lost in the elections.