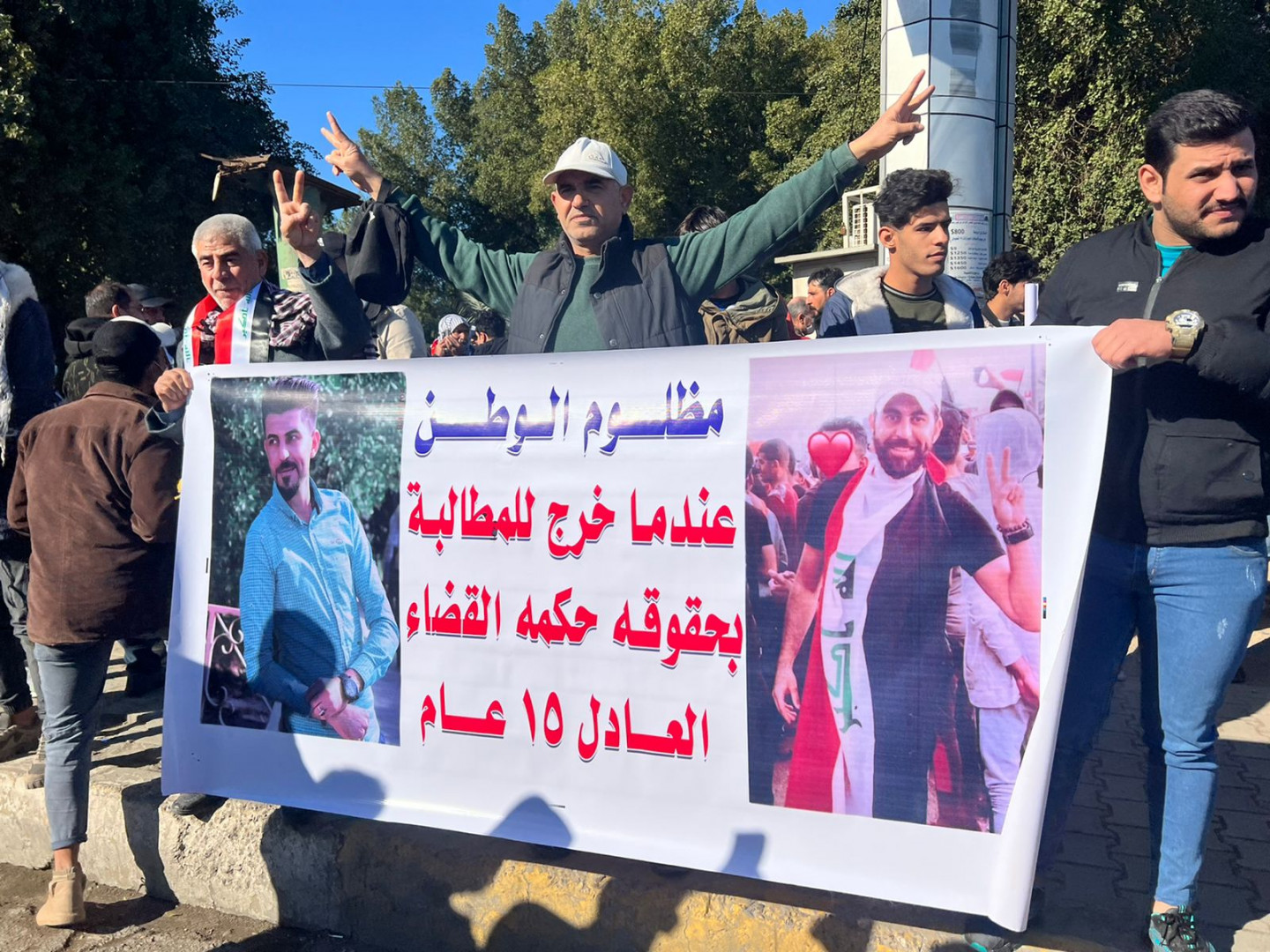 Shafaq News / Dozens demonstrated in al-Nusour square today, in Baghdad, against the leaders of the Coordination Framework.

The protestors carried banners accusing the Framework's leaders of financial corruption, and called for public prosecution for the head of the state of law coalition, Nuri al-Maliki.

They also rejected the ongoing efforts to renew the mandates of President Barham Salih and Prime Minister Mustafa al-Kadhimi, and denounced the re-election of Mohammad al-Halboosi as Parliament Speaker.

A group calling itself "Iraq demonstrators" called earlier for protesting in Baghdad under the slogan "Khamis- what had been tried before shouldn't be tried out again".