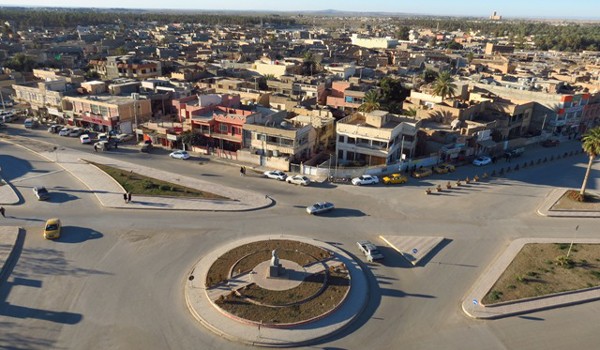 Shafaq News/ The governor of Diyala, Muthanna Al-Tamimi, revealed, on Thursday, a forgery attempt to take control over one of the biggest military sites in Baqubah, warning citizens of buying any residential plots within the site to avoid prosecution.

Al-Tamimi said in a press statement "someone forged, manipulated and concealed documents to take over the site of a fifth squad of the Iraqi army northwest of Baqubah, stressing that the land on which it exists belongs to the Ministry of Defense and has been registered at the Ministry of Finance for more 30 years."

The governor of Diyala warned people of "buying any residential plots within the military site until the investigation is done and the issue of forgery is resolved to avoid the recurrence of any problems."

He added, "the governorate will track attempts to take over the military site after going over the initial designs of Baqubah."

"The site was transferred to another location but that does not mean giving up on the current one", the governor concluded.

Diyala: +7,000 security officers recruited to secure the Arbaeen pilgrimage on the route to Baghdad