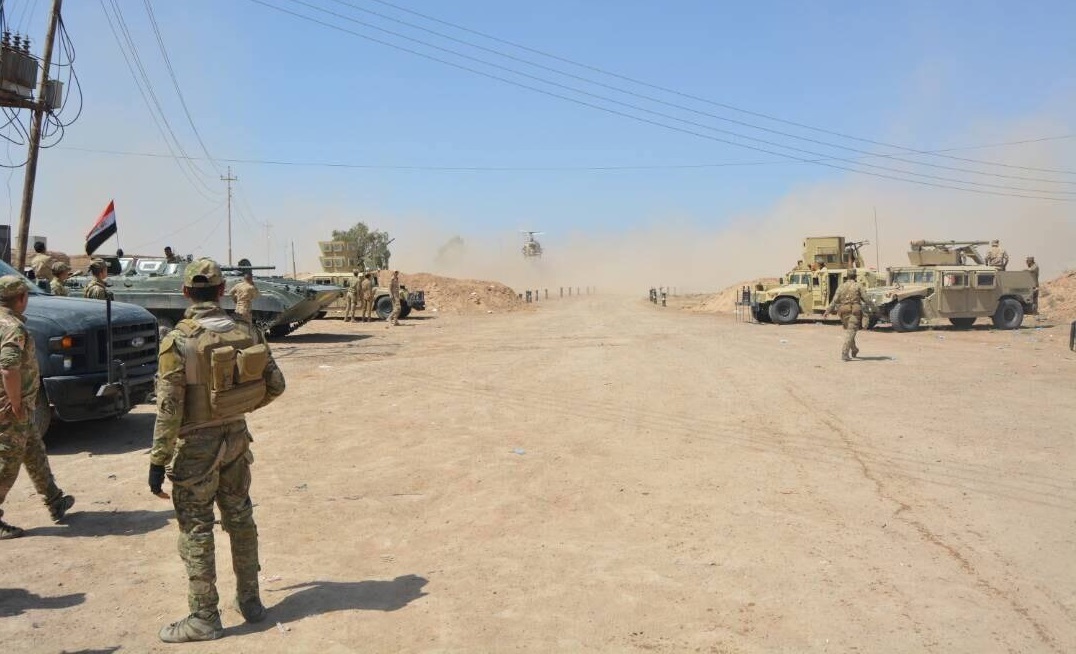 Shafaq News/ Diyala has ramped up security along its 300 kilometers frontier with Saladin to curb the movement of the Islamic State sleeper cells, a security source revealed on Sunday.

The source told Shafaq News Agency that the Diyala Operations Command has implemented 90% of its plans to secure the border villages of al-Udhaim district; a frequent target for the remnants of extremist groups sheltering at the outskirts of Saladin.

"The plan provides more robust protection for a 30-kilometer-long frontier and 25 villages," the source said, "watchtowers, barbed wires, and trenches were installed... Four to fifteen troops were deployed in each patrol to cut the supply routes of the terrorist groups and curb their attacks."

"ISIS militants continued to use Saladin borders as shelters," the source continued, "Saladin and Samarra Operations Commands did not offer any solutions to fortify or clear the loose areas."

On January 22, Gunmen from the ISIS extremist group attacked an army barrack in a mountainous area al-Udhaim, killing 11 soldiers as they slept.

ISIS took a large swath of land in Iraq and Syria in 2014. Following a series of bloody offensives against it, the armed group lost its territorial control and was effectively defeated in 2017 – although it remains active through sleeper cells in many areas.