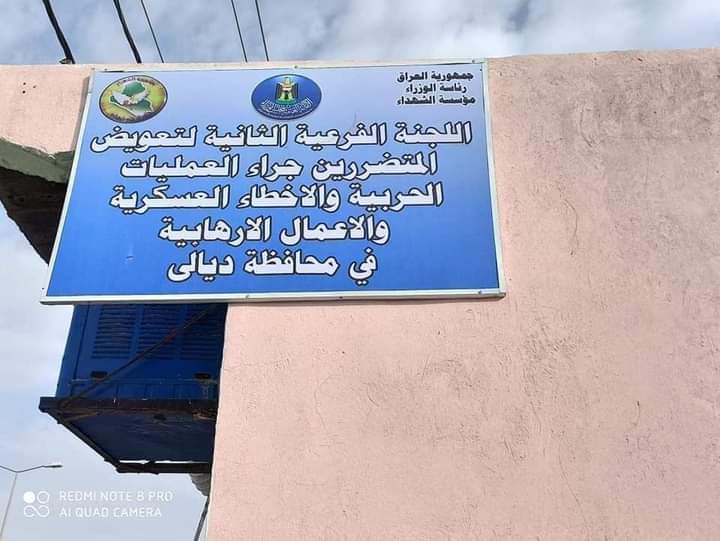 Shafaq News / Disputed administrative units in Diyala commended on Friday opening a second branch of the Committee for Compensation for Victims of Violence and Military Errors in Jalawla (70 km northeast of Baqubah).

The director of Qarah Tapah district (113 km northeast of Baqubah) Wasfi al-Tamimi told Shafaq News agency that the Iraqi government has opened a second branch for the compensation committee for the victims in Jalawla sub-district to complete the transactions of those affected by terrorist operations and military errors within the areas of Khanaqin, Jalawla, Saadia, Qara Tapa, and the outskirts of Miqdadiyah."

In his turn, the director of the Saadia district (60 km northeast of Baqubah) Ahmed Al- revealed to Shafaq News agency that there are more than 10,000 victims of terrorist acts (martyrs and wounded citizens, as well as damaged properties).

Tens of thousands of people affected by violence have complained about the delayed completion of their transactions for many years due to the complex procedures and legal contexts.

The Iraqi Army thwarts an ISIS attack northeast of Diyala