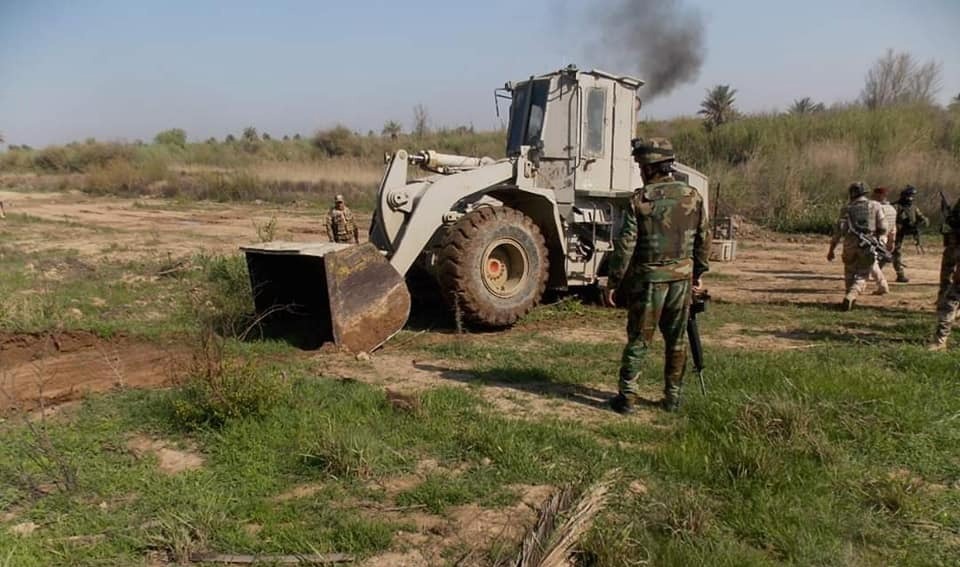 Shafaq News/ A government official in Diyala called on the security authorities to involve residents in securing areas north of Jalawla district to deter ISIS's resurrection in the agricultural villages.

The deputy director of the Jalawla district, Ahmed Al-Zarkoushi, told Shafaq News Agency that the recent operations in the north of Jalawla, which included combing, monitoring, and opening pathways inside the Sheikh Baba Basin's orchards, mandate a security deployment and engage the locals in the security plan.

Al-Zarkoushi called for setting up security and monitoring points to curb the recurrence of IED attacks, sniper, and death traps, which claimed the lives of dozens of civilians.

The security forces and al-Hashd al-Shaabi carried out search and dredging campaigns in the orchards of the northern Jalawla basin to locate ISIS hotbeds and abort terrorist attacks, amid the objection of some farmers who inflicted major losses after dredging large areas of their orchards.