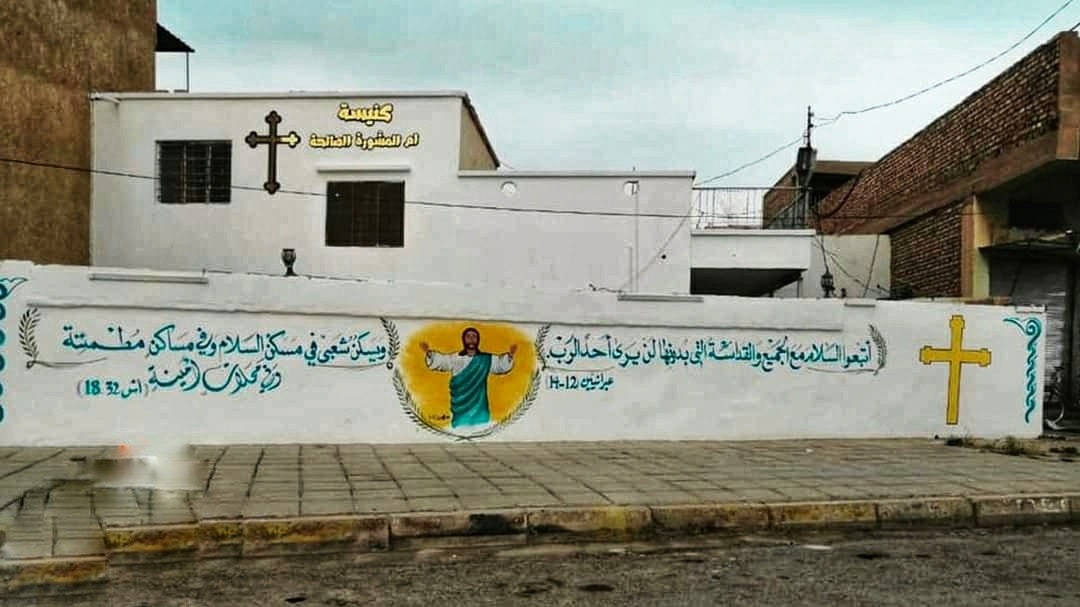 Shafaq News/ This year, Diyala Governorate has completely missed Christmas celebrations and masses due to the departure of Christians to other governorates.

Christian figures in Baqubah, Diyala, who preferred to stay anonymous, told Shafaq News Agency, "there are no masses, no bells ringing, and no celebrations in Diyala despite the restoration of Umm al-Mashura al-Saliha Church in Baqubah, and Al-Beshara for the Chaldeans in Khanaqin."

They pointed out that the Christian population decreased from 3000 families before the sectarian wars and violence to only 12 families in Baqubah and one in Khanaqin.

"The decreasing in Christians and the absence of a suitable atmosphere for celebrating prompted Christian families in Diyala to travel to Baghdad or the governorates of the Kurdistan Region to attend masses and Christmas celebrations, while Diyala churches remained dark with no life or celebrations."

These Christians called authorities to "pay more attention to the Christian churches in Diyala and not be satisfied with restoring and closing them again, because they reflect the diversity of Diyala's components and the beauty of coexistence."

Iraq is home to many different eastern rite churches, both Catholic and Orthodox, traditionally a sign of the country's ethnic and religious diversity.

But war and sectarian conflict shrank Iraq's Christian population from 1.5 million to about 400,000 after the U.S.-led invasion in 2003. Following the onslaught of ISIS in 2014 and the brutal three-year war that followed, their numbers have fallen further.

MP warns of plundering the ballots of Diyala voters at gunpoint