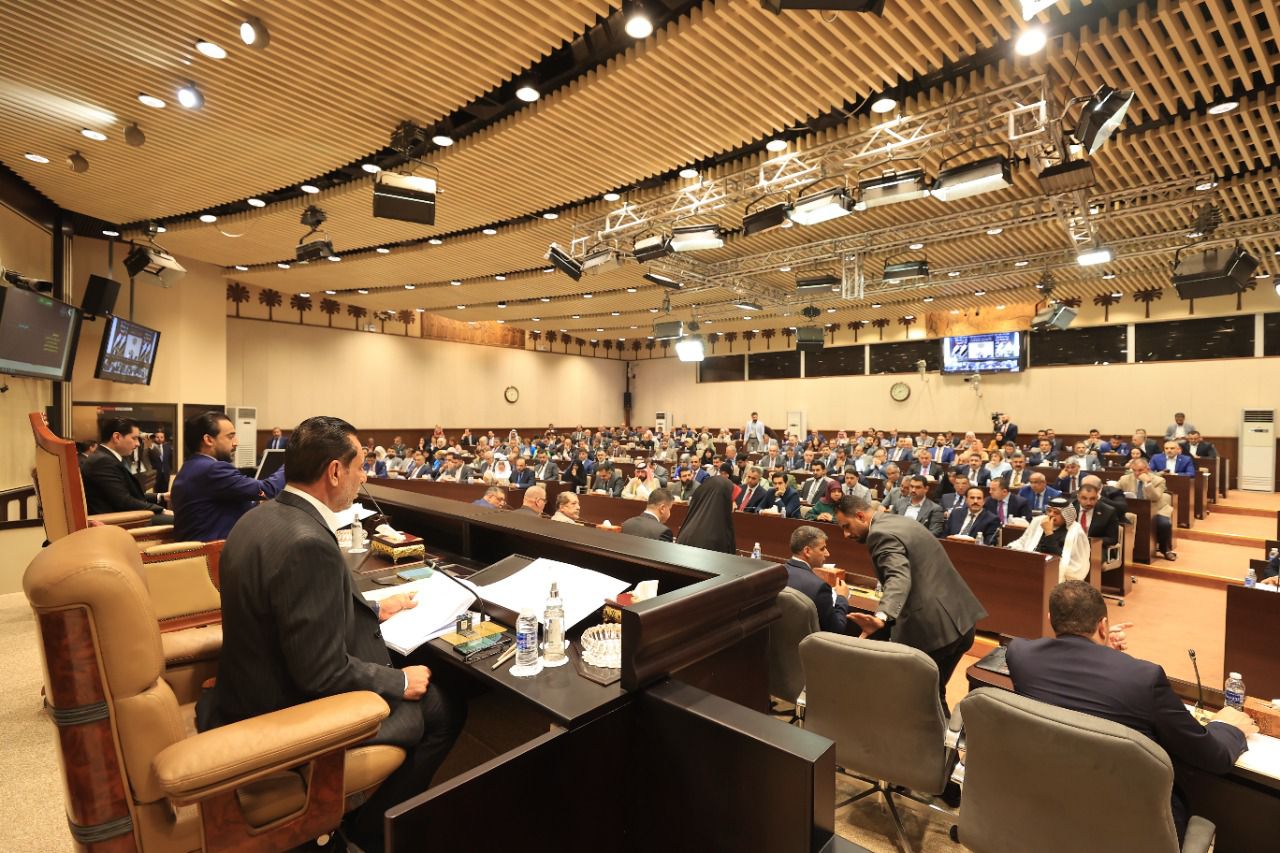 Shafaq News/ Internal disagreements inside the Shiite Coordination Framework have prompted delaying the vote on a new deputy speaker of the Iraqi parliament, a parliamentary source revealed on Thursday.

"The State of Law bloc lodged a request with the parliament presidium to adjourn the vote on a replacement for Hakem al-Zameli until after al-Adha holidays," the source told Shafaq News Agency.

"Until the moment, there is no agreement inside the Coordination Framework on a candidate for the post," the source added, "the top contenders at the moment are: Atwan al-Atwani, Mohammad al-Sayhood, Adnan Faihan."

Earlier today, Iraq's parliament swore in 64 new lawmakers to replace 73 members of a bloc led by Muqtada al-Sadr after the powerful Shiite Muslim cleric asked them to step down amid a prolonged stalemate over forming a government.

Nine MPs did not attend the session.

A Parliamentary source reported yesterday, Wednesday, that the Parliament Presidium asked the candidates who secured the largest numbers of votes to attend the session scheduled to be held today.

The source told Shafaq News agency that the 73 candidates were asked to attend the session on Thursday, at 11 am, to take the constitutional oath and replace the resigned Sadrist MPs in Parliament.

Six of the candidates did not attend the session, since they were initially nominated by the Sadrist movement, according to the source.