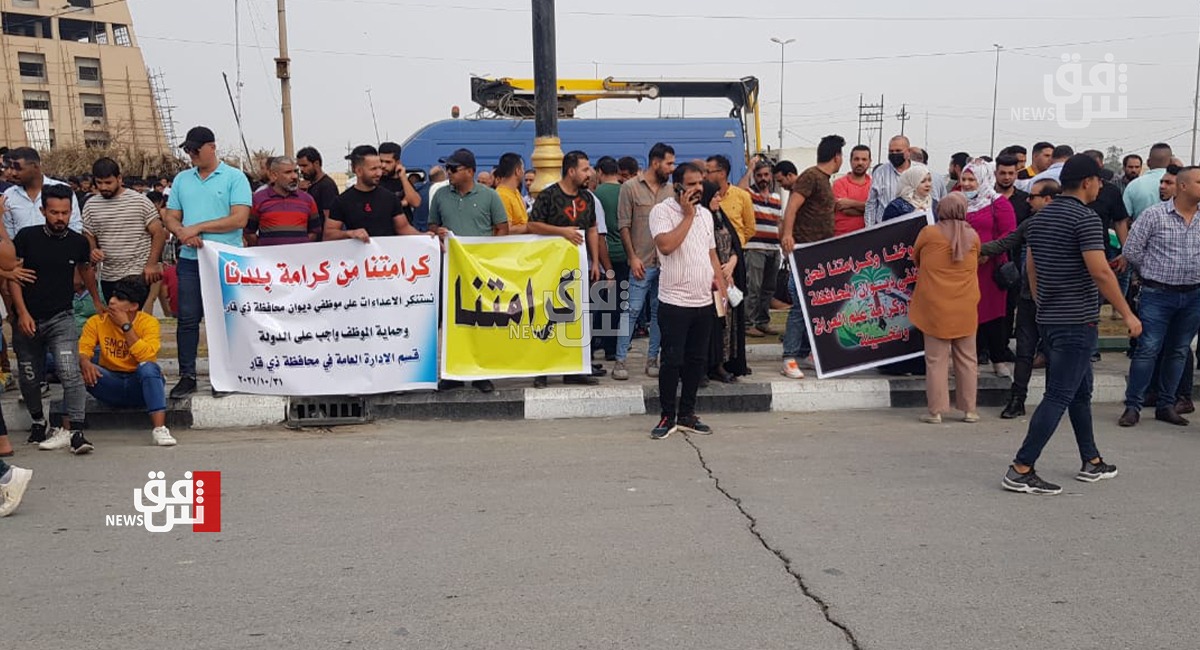 Shafaq News/ Dozens of Dhi Qar provincial council's employees organized today a sit-in in front of the council's building protesting the recent attack of a colleague.

Shafaq News Agency's correspondent reported that the protestors issued a statement of several points, including preserving the dignity of the council's employees, securing their rights, and urging the Special Committee of the Staff Housing Complex to start work.

He added that the protestors said there will be an escalation in case their demands were not implemented.