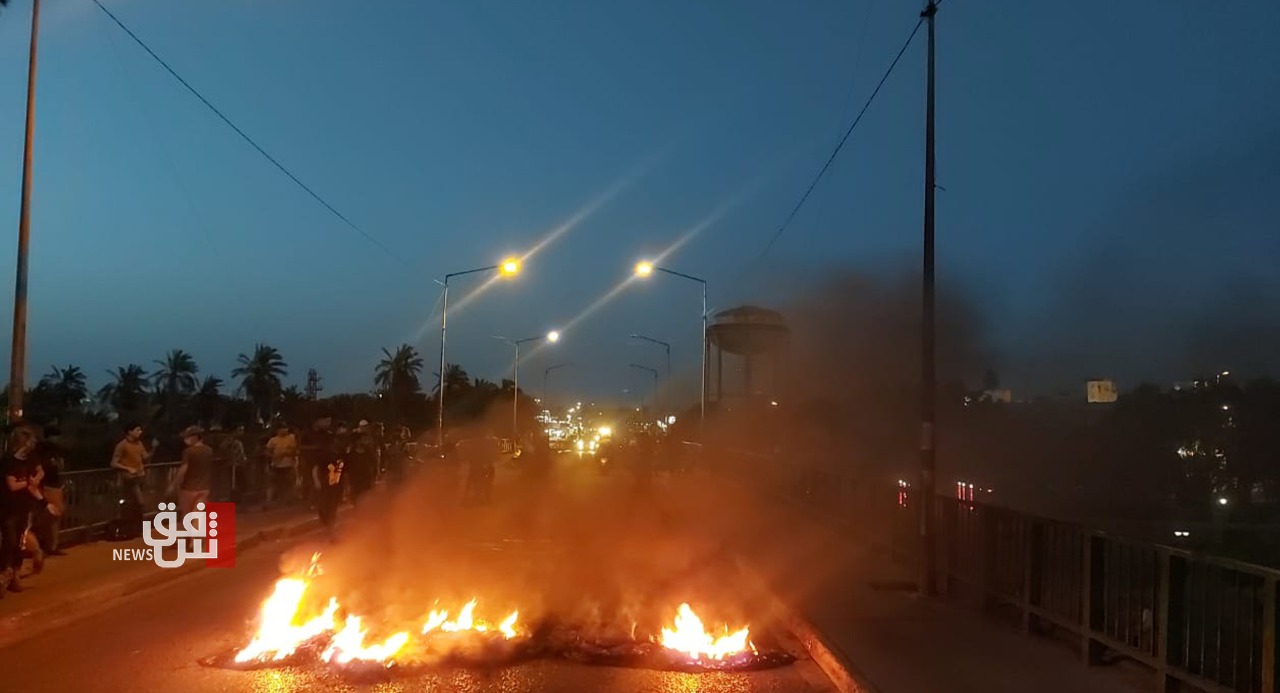 Shafaq News / Demonstrators in Dhi Qar threatened to "paralyze" traffic in the governorate unless demonstrators arrested by security forces in Baghdad, including a demonstrator from Nasiriyah, are released.

One of the demonstrators told the Shafaq News Agency correspondent, "The federal government has one hour to release four detained protesters in Baghdad, including the brother of one of the victims of the Nasiriyah demonstrations."

"If they are not released, we will block all roads and all bridges in Dhi Qar, and completely paralyze traffic," he added.