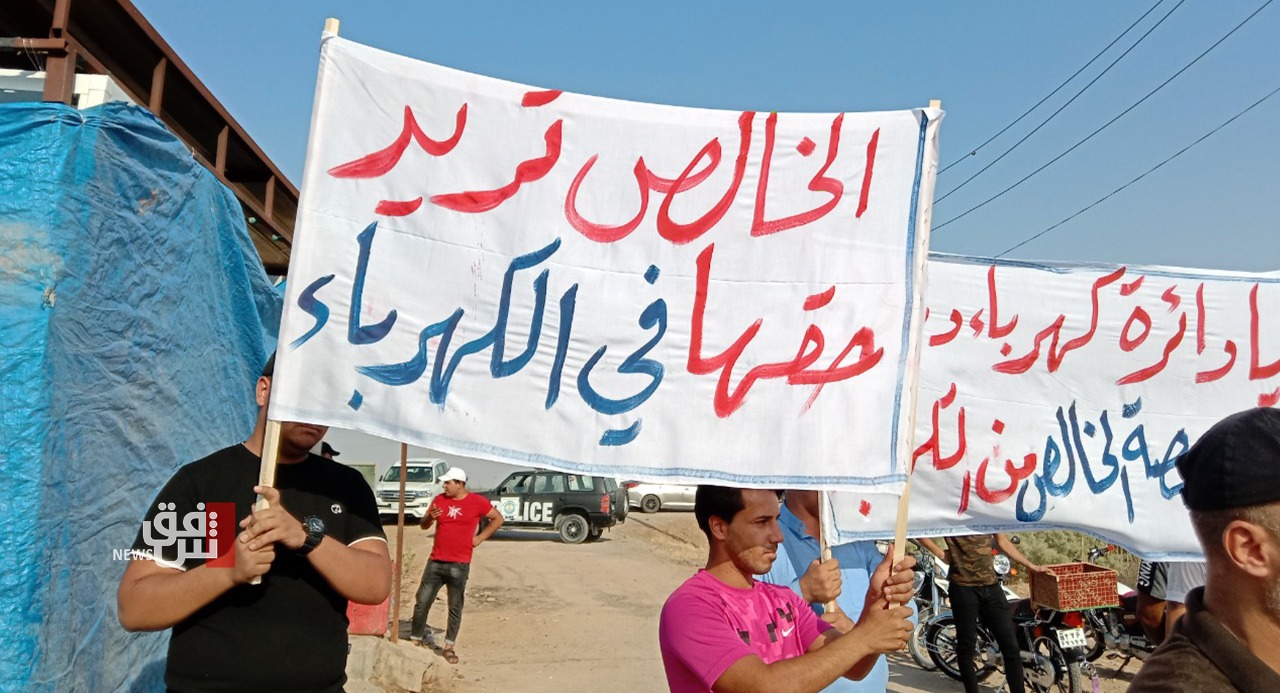 Shafaq News Agency correspondent reported that the demonstrators complained about the violation of al-Khalis share of electric power supply, which does not exceed 4-6 hours per day, despite operating the Iranian line and the al-Mansouriyah gas station in the governorate.

The demonstrators gave the Diyala Electricity Distribution Department and the local government 72 hours to respond to their demands. Otherwise, they will block the strategic Baghdad-Kirkuk road next Friday.

For his part, al-Khalis deputy commissioner, Uday Al-Khadran, told Shafaq News Agency, "The power outage confused the work of the state departments in Al-Khalis and made them unable to provide services or perform their duties."

Al-Khadran called on the local government and electricity officials in Diyala to do justice to the district, meet the citizens' legitimate demands, and grant them one of the most basic rights, which is electricity, to avoid repercussions and popular upheaval that cannot be contained.