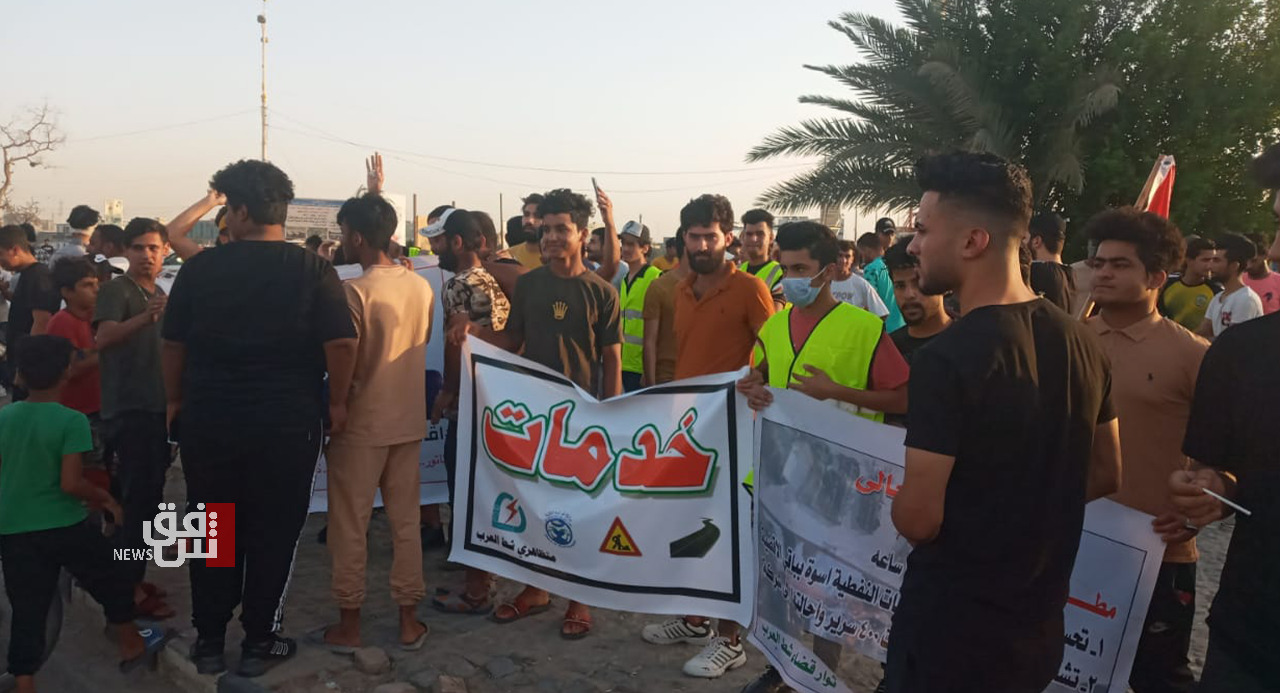 Shafaq News/ Dozens of Demonstrators took the streets of Basra on Sunday to protest the deteriorating services, demanding the dismissal of local officials in the southern governorate.

The demonstrators also called for completing the construction of the 400-bed hospital which has been halted for a year, improving the Municipality services, and dismissing the local officials who failed to accomplish those demands over the years.

Al-Sadr on Makhmour and Basra attacks: some parties might drag the country into peril for "seats"