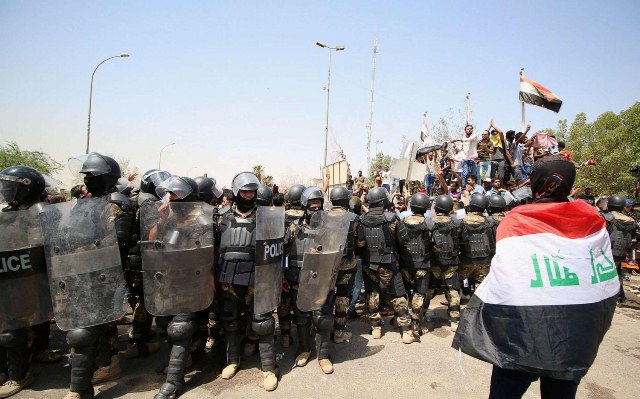 Shafaq News / demonstrators in Dhi Qar Governorate surrounded members of the police and began stabbing them with knives, a security source revealed, on Tuesday.

The source told Shafaq News Agency, "Demonstrators surrounded four police officers, including a captain near the Nasiriya Chamber of Commerce during the clashes between the two sides,.... then they stabbed them with white weapons (knives)."

The source indicated that "the policemen were moved to the general hospital for treatment,…. The Captain’s health condition is critical."

He added that this is the second time in Dhi Qar when demonstrators target officers, the first was in January when they victimize the body of a federal police officer."