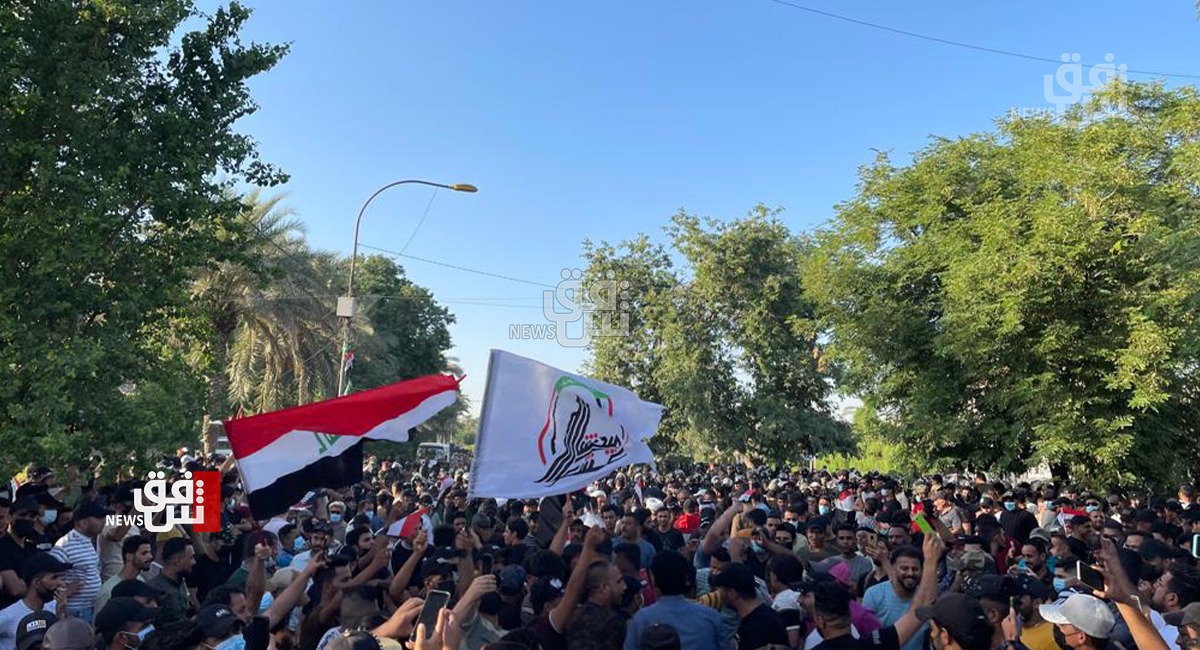 Shafaq News/ A security source revealed to Shafaq News Agency that the number of protesters in central Baghdad ranges between 1,500 and 1,700, from supporters of the parties objecting to the election results.

The source indicated that there is no intention of escalation on the part of the protesters, indicating that the federal police forces and two vehicles belonging to the presidential brigade were deployed in the area.

The majority of Shiite forces and factions object to the results of the primary elections after losing many of their seats, except for the Sadrist bloc, which won 73 seats.