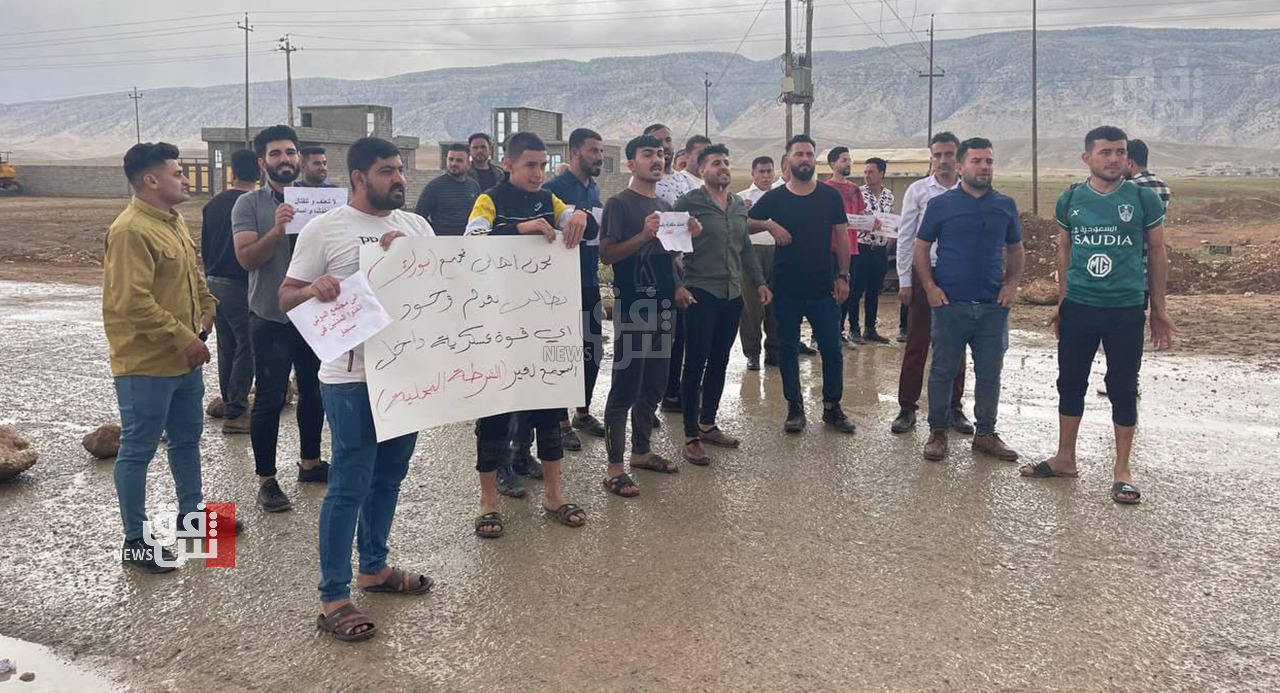 Shafaq News/ Under torrential rain, demonstrators on Saturday organized several gatherings in Sinjar to protest the "armed manifestations" in the contested district for the second consecutive day.

Since yesterday, Sinjar witnessed a series of demonstrations to demand ending the armed activities in the district following the clashes of pro-PKK groups with the Iraqi army.