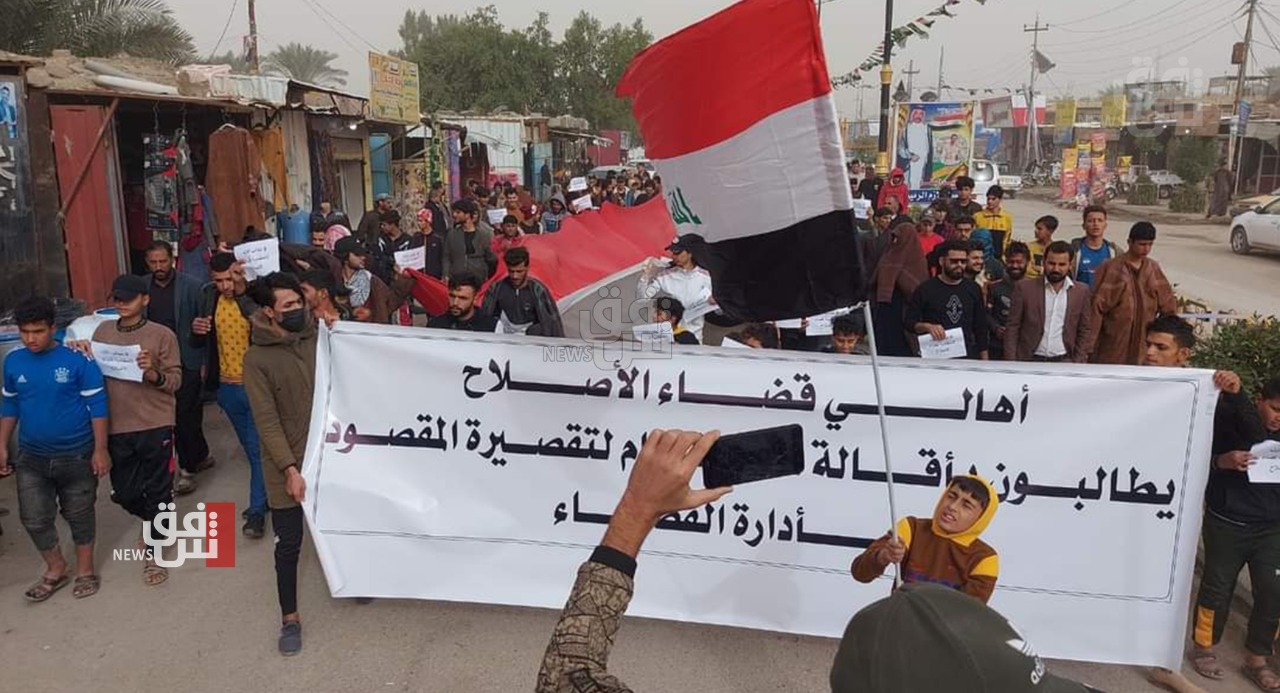 Shafaq News/ Dozens of Demonstrators hit the streets of al-Islah district, east of Dhi Qar, to demand the dismissal of the Commissioner.

Shafaq News Agency correspondent to the southern governorate of Dhi Qar said that a group of locals organized a demonstration in al-Islah, east of Nasiriyah, demanding the governor to dismiss the head of the district, Ahmed al-Wamidh.

The demonstrators complained about the poor services and the lagging construction in comparison with other governorates.