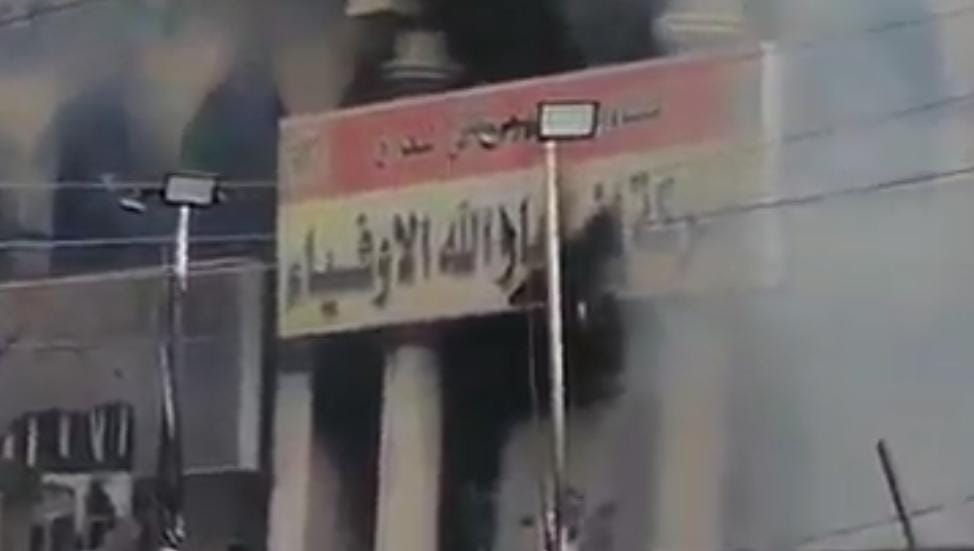 Shafaq News / A local source in the southern Iraq reported, on Saturday, that demonstrators burned a headquarter of a faction of Al-Hashd Al-Shaabi after one of its members was accused of entering a car bomb to Nasiriya.

The source told Shafaq News agency, "Dozens of demonstrators in Dhi Qar governorate burned today the building of the Ansar Allah al-awfiyaa (Loyal Ansar Allah) movement, which is one of the factions in Al-Hashd."

The source added, "The demonstrators burned the headquarter after investigations proved that the car bomb dismantled last week by the security forces and the driver belong to the movement."

Yesterday, Friday, the Security Media Cell confirmed that the person who was driving the car bomb

bringing it to Dhi Qar was a "resident”.