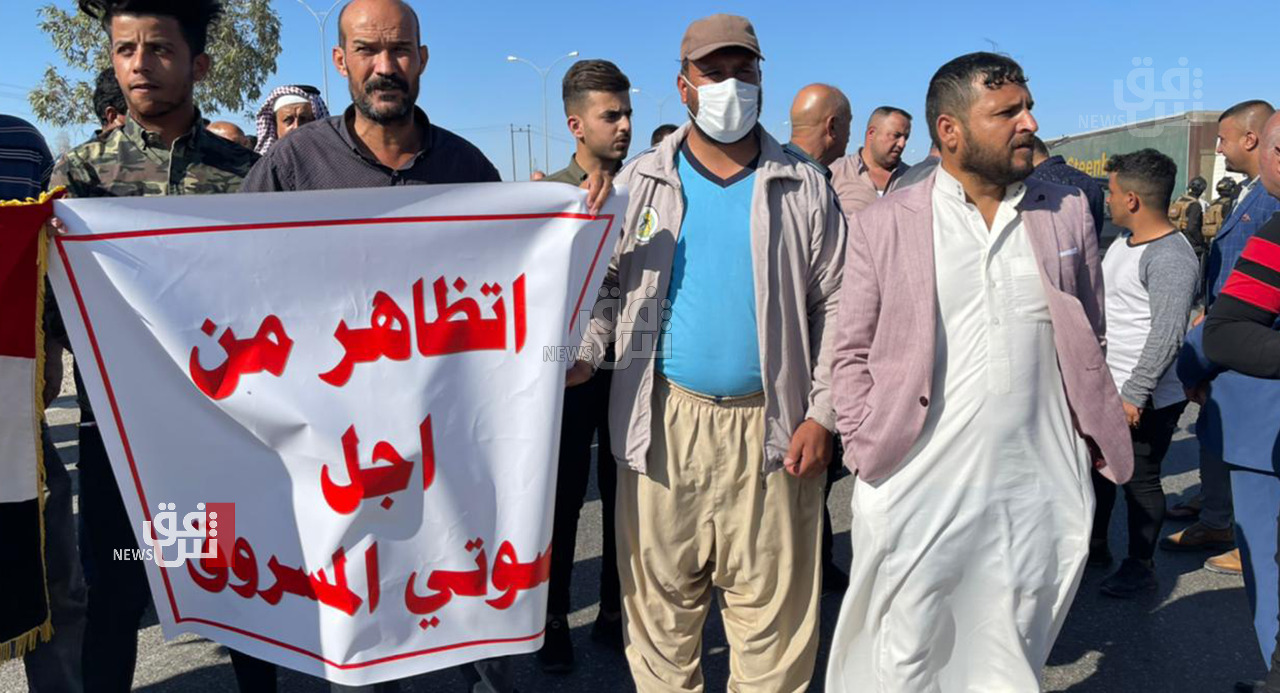 Shafaq News/ Dozens of supporters of forces that lost in the elections demonstrated in Tuz Khurmatu, south of Kirkuk, demanding manual counting of votes in the disputed governorate stations.

Our reporter noted that most of the demonstrators were supporters of Asa'ib Ahl al-Haq and other armed factions.