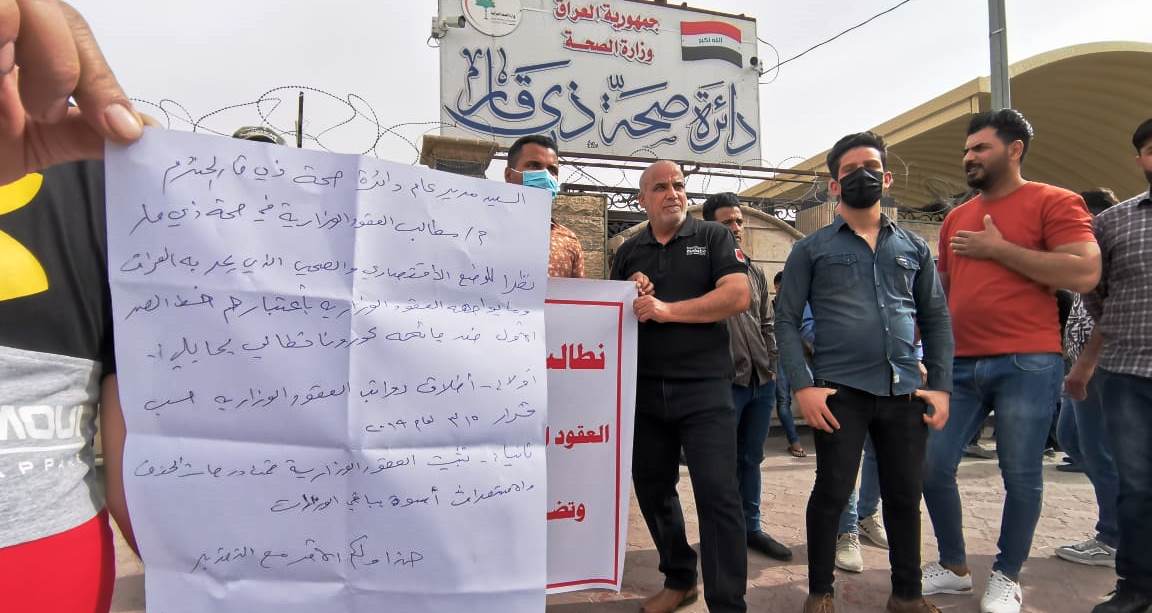 Shafaq News Agency correspondent said, "Dozens of demonstrators sealed off the office building of Al-Rifai district using burning tires to prevent the new Kaimakam, Ammar Al-Rikabi, from carrying out his duties as director of the administrative unit."

In the same context, a large number of demonstrators stand in front of the Integrity Investigation Department’s building demanding to reopen it.

Civil rights activist, Adnan Aziz, told Shafaq News agency that, "The October Revolution is against corruption ... Therefore, closing departments, especially integrity, is not in anyone's interest and will allow the corrupt and theft ..to exploit the situation."