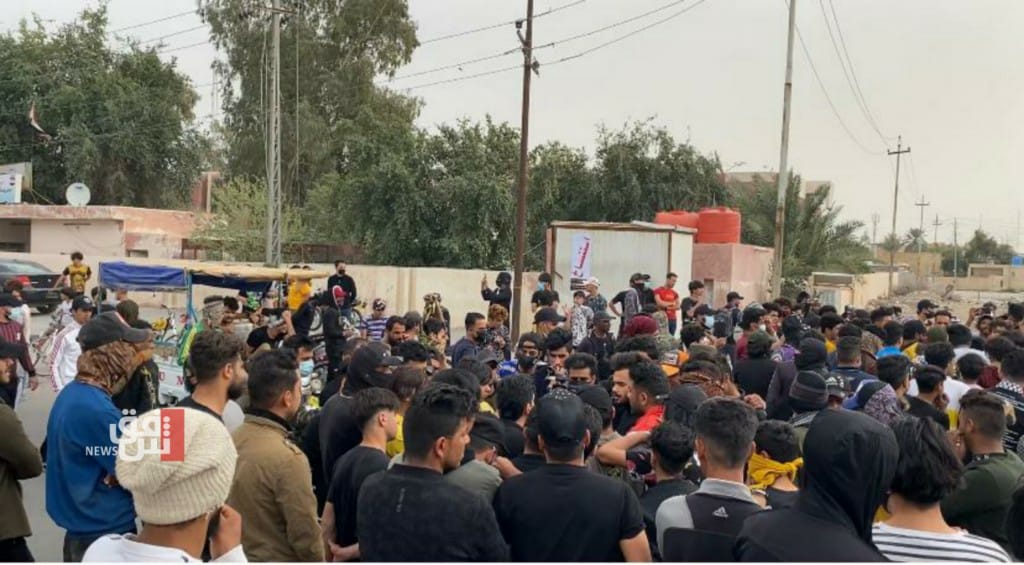 Shafaq News / Dozens of people demonstrated in Dhi Qar demanding accountability for the corrupt and the demonstrators' killers in all governorates.

Shafaq News Agency correspondent said that dozens of demonstrators stormed the streets of Nasiriyah, adding that they blocked Al-Nasr Bridge.

LITASCO funds raising the capacity of Nasiriyah oilfield to 200,000 bpd