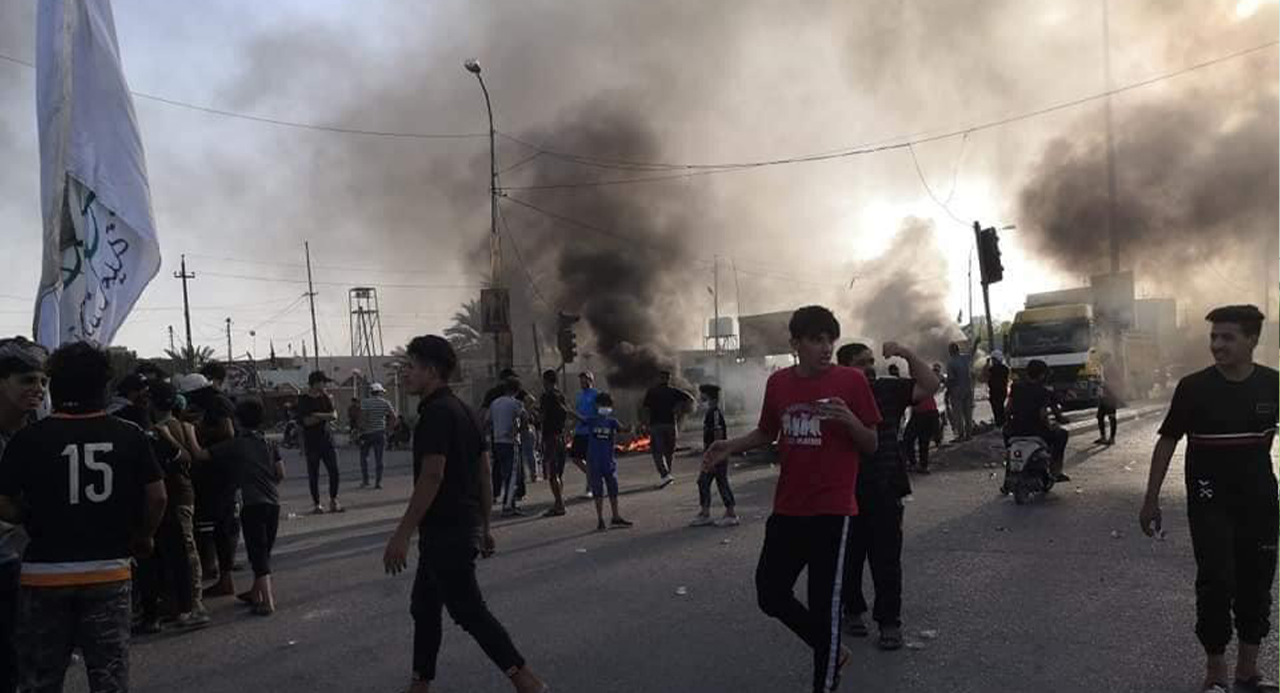 Shafaq News / Dozens took to the streets in the Dhi Qar Governorate on Sunday to demand better services in the center of Nasiriyah city.

The protesters also blocked some of the main roads with burning tires.

The Dhi Qar Governorate has for several months now been witnessing, every other day, angry protests against the poor services provided to citizens in several areas, as well as a demand for the change of the local government and local administrators