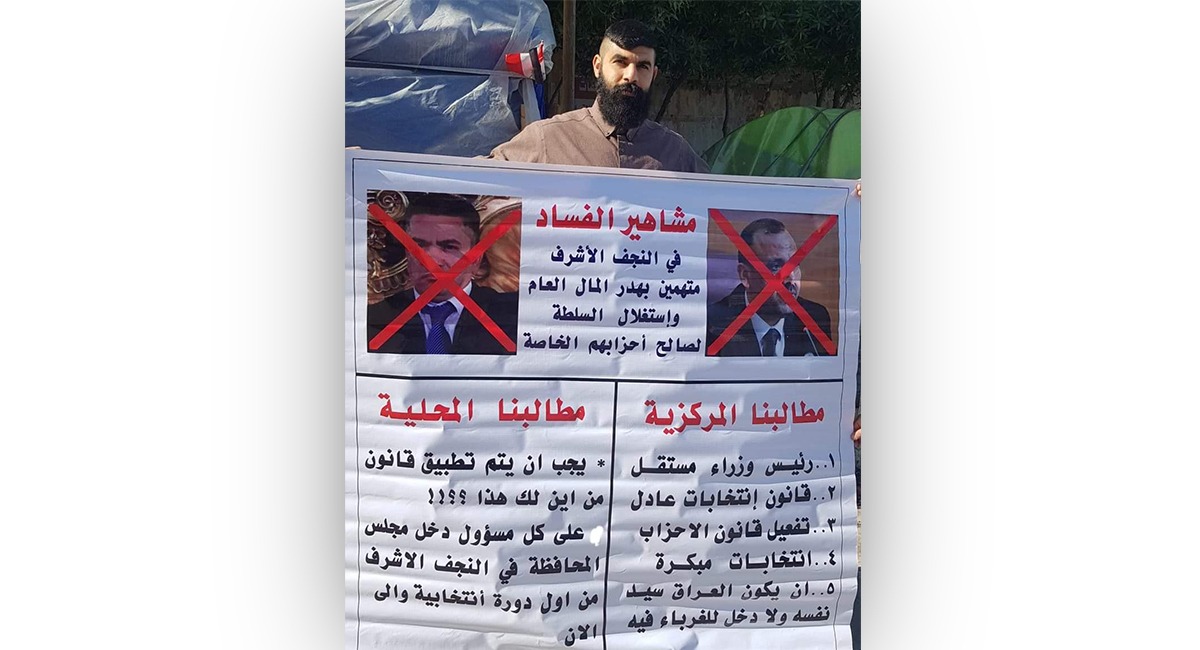 Shafaq News/ Demonstrators rallied the square of the Revolution of the Twentieth in Najaf, demanding the dismissal of the local government.

"The security sources cordoned the square to prevent the expansion of the demonstrations to the adjacent streets and protect the demonstrators," he added.