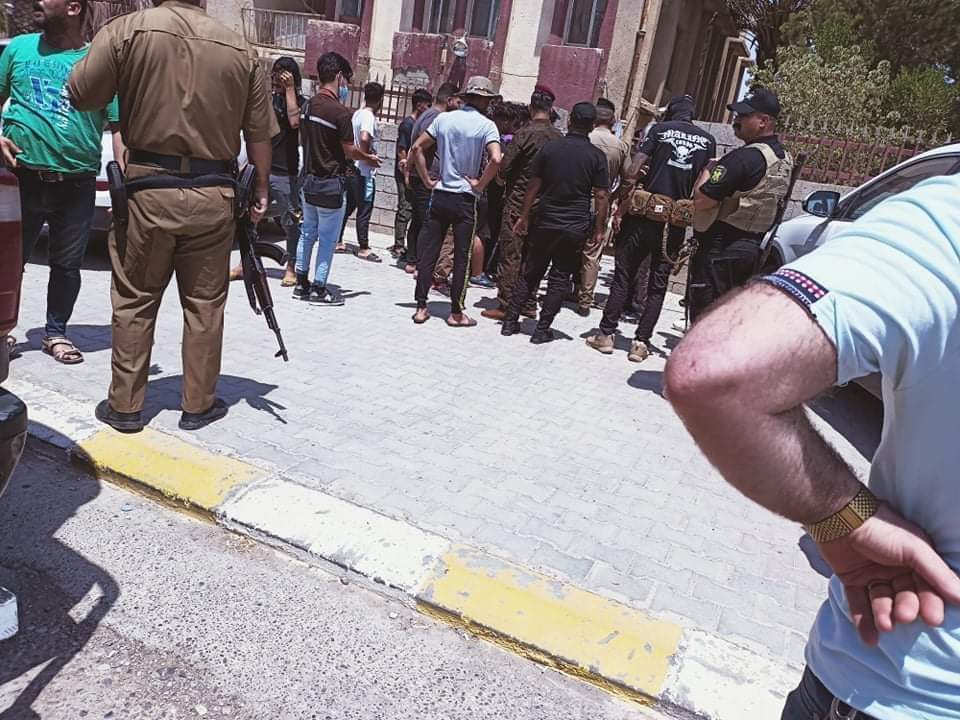 Groups of demonstrators in Khanaqin organized separate pickets at the district's Water, Electricity, and Sewage Directorates after the local authorities failed to meet their demands and improve basic services.

The demonstrators said they will continue to step up their protests until they obtain the district's legitimate rights and end the neglect inflicted by Khanaqin's fellows.

"Why do we have many private gas stations in Khanaqin at a time we only have one poorly equipped and slow-serving state-owned gas station?" a demonstrator complained.

A source told Shafaq News Agency said that the Deputy Commissioner of Khanaqin, Delir Hasan, met with the demonstrators and pledged to dismiss the heads of the Electricity, Water, and Sewage Directorates.

Late last night, protestors in Khanaqin blocked the Muntheriyah road, leading to the borders with Iran, in an act of protest against the continued disregard of their demands and the exacerbation of the potable water and electricity crisis.