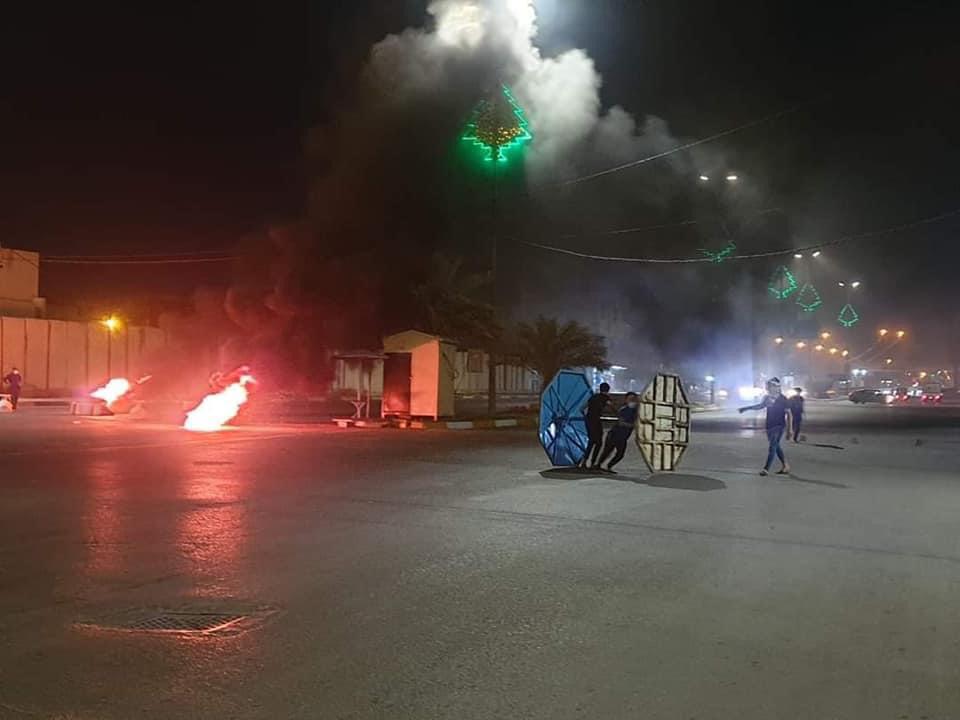 A security source told Shafaq News Agency that the civil activist, Ihab Jawad Muhammad al-Wazani, was shot dead at 01:00 am on Sunday by two unknown assailants on a motorcycle in Hay al-Haddad, downtown Karbala.

The Security Media Cell (SMC) said in a statement this morning that the security forces galvanized efforts to pursue the "terrorists" who committed the crime.

The statement added, "shortly after the incident, a task force was dispatched to investigate the crime."

The head of the local government, Nasif Jasem al-Khatabi, said in a statement, "the entire security forces are in alert status," calling them to spare no effort to identify the perpetrators and bring them to justice.

Hundreds of infuriated demonstrators stormed the streets of Karbala to protest the assassination of al-Wazani.

Eyewitnesses said that the demonstrators blocked the main roads leading to al-Tarbiya and al-Muhafaza Squares.

According to data of the Iraqi government, 560 civilians and security officers were killed in the nationwide demonstrations that swooped the country since October 2019, including dozens of activists who were assassinated by unknown perpetrators.