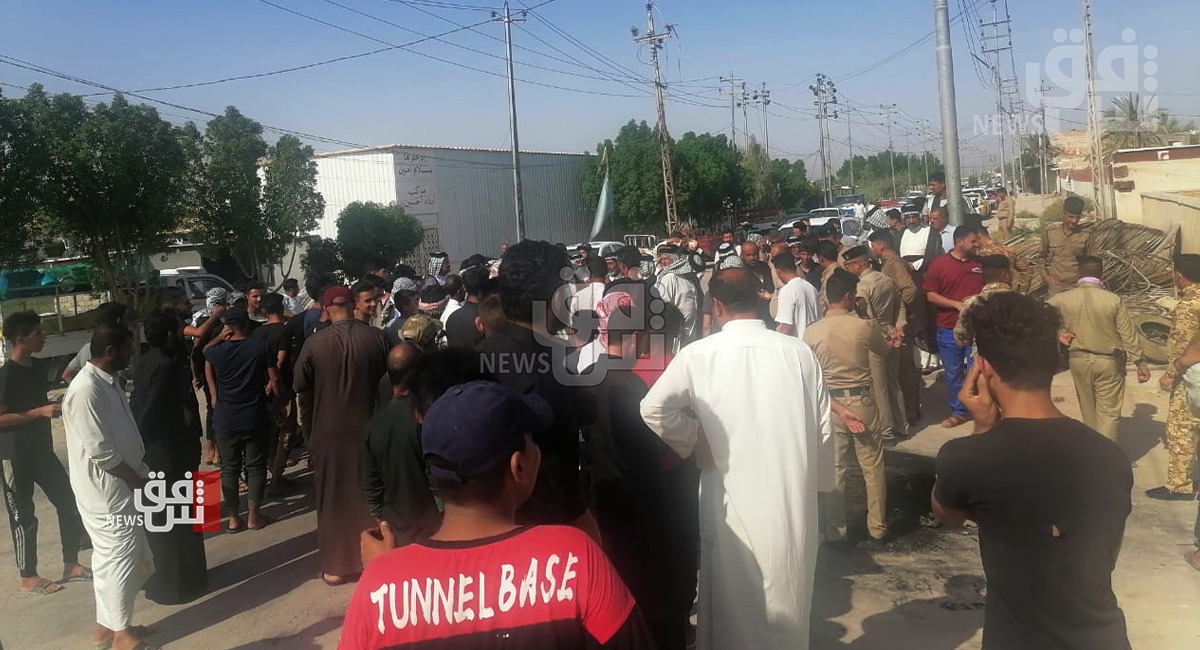 Shafaq News/ Dozens of Demonstrators gathered near the headquarters of the Directorate of Electricity of Karmat Bani Said sub-district in Souq al-Shoyoukh district, Dhi Qar.

The demonstrators demanded improving the electric power supply in the sub-district, warning of escalation if no serious measures were taken, according to Shafaq News Agency correspondent.

In the same context, contract employees in Dhi Qar's Steam Power Plant organized a demonstration inside the establishment to demand permanent contracts and the salaries of seven months they did not receive.

Earlier today, eyewitnesses told Shafaq News Agency that the demonstrators stormed the power plant in the south of Nasiriyah, the capital city of the Dhi Qar governorate, protesting the poor power supply in the sub-district.