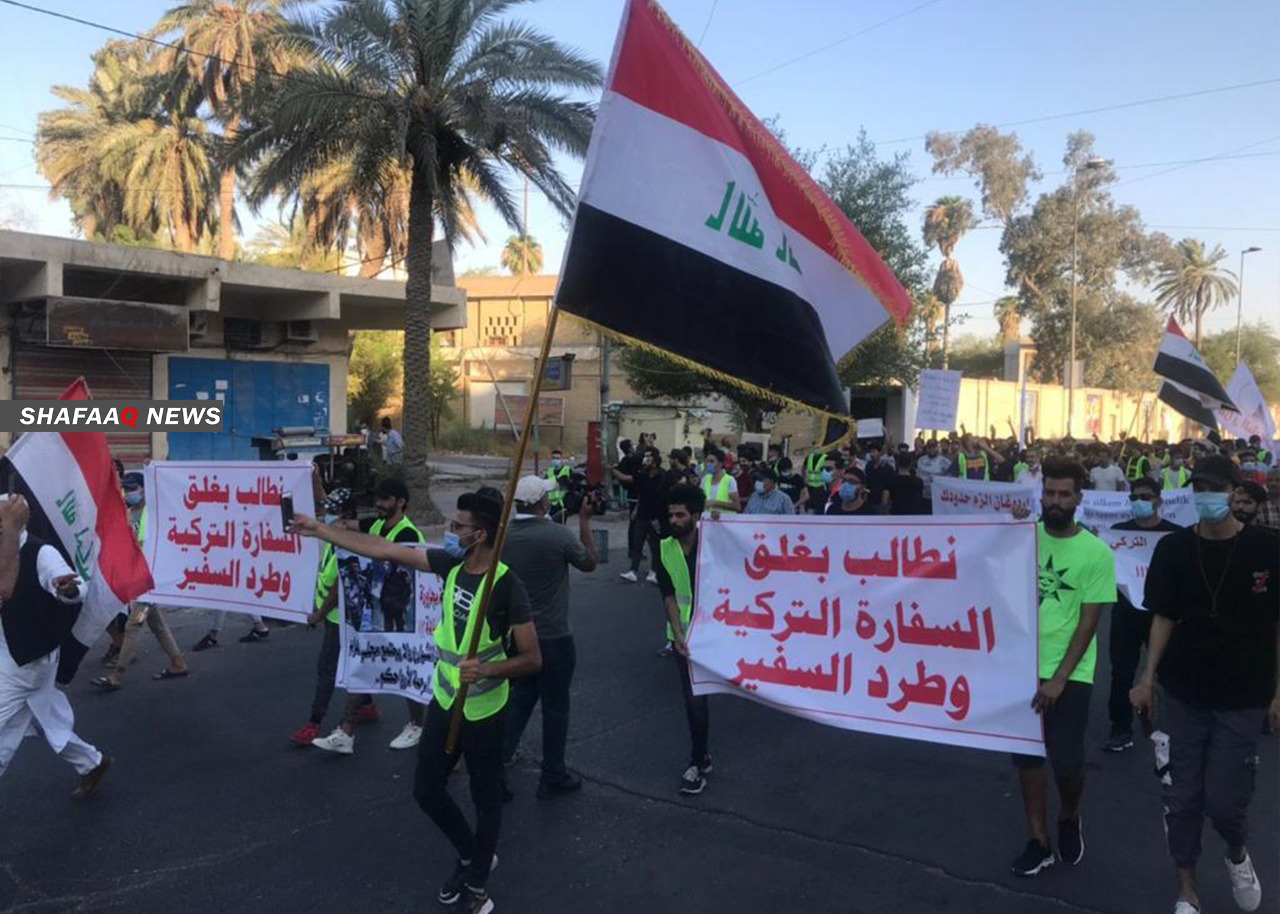 Shafaq News / Tens of Iraqis stormed the streets, on Thursday, in front of the Turkish embassy in the center of the capital, Baghdad, to protest against Turkish airstrikes in which two Iraqi officers were killed.

The angry demonstrators raised banners calling for shutting down the Turkish embassy in Baghdad, the expulsion of the ambassador, and boycotting Turkish goods.

The death of two Iraqi officers, on Tuesday, prompted Baghdad to take firm measures, as the Iraqi Ministry of Foreign Affairs announced that Baghdad was no longer willing to receive the Turkish Defense Minister on Thursday, in a first-of-its-kind step that could trigger a diplomatic crisis between the two countries.

While yesterday, the Iraqi Ministry delivered a strongly worded note to the Turkish ambassador in Baghdad, on the background of the airstrikes, in which the ministry condemned Ankara for such "vicious attacks", calling on the Turkish side to hold the perpetrators accountable.