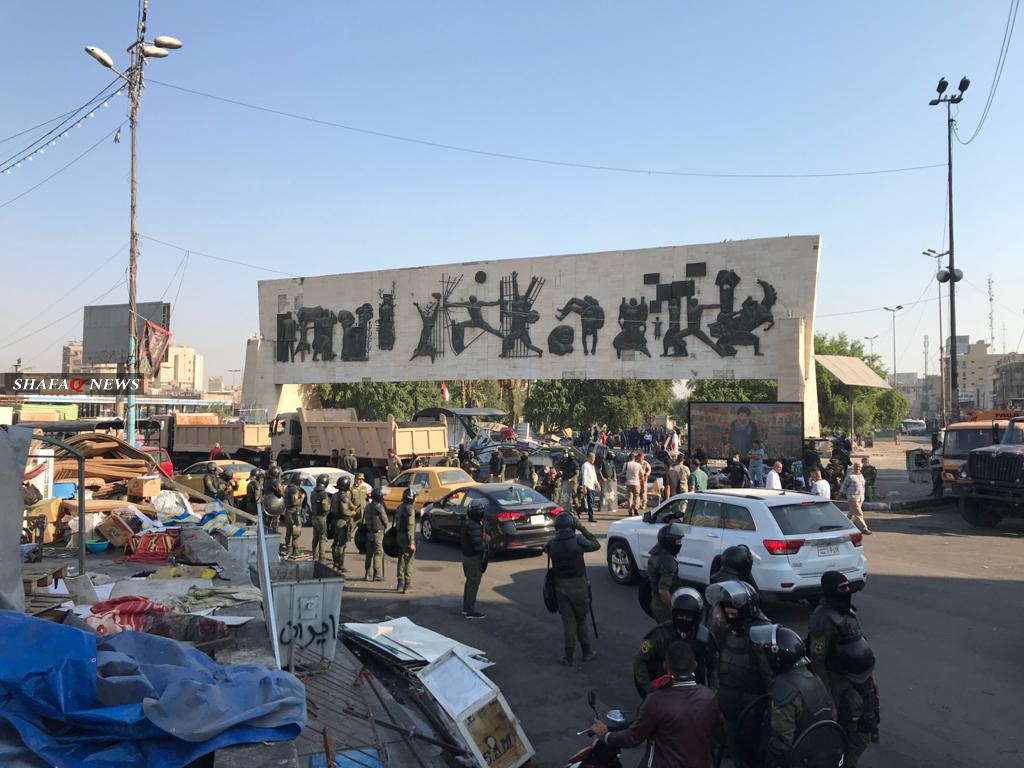 Shafaq News / Dozens of people marched the streets of Baghdad and Babel today, in solidarity with Dhi Qar protestors.

A source told Shafaq News agency, "Dozens demonstrated in al-Tahrir Square in the center of the capital, Baghdad, demanding to hold the demonstrators' killers accountable and revealing the fate of absentees."

Furthermore, a security source reported, "the security forces are currently working to disperse the demonstration in al-Tahrir Square after some protestors tried to approach al-Jumhuriyah Bridge and cross towards the Green Zone."

In Babel, a security source indicated that dozens demonstrated and blocked the Batta Bridge with burning tires.